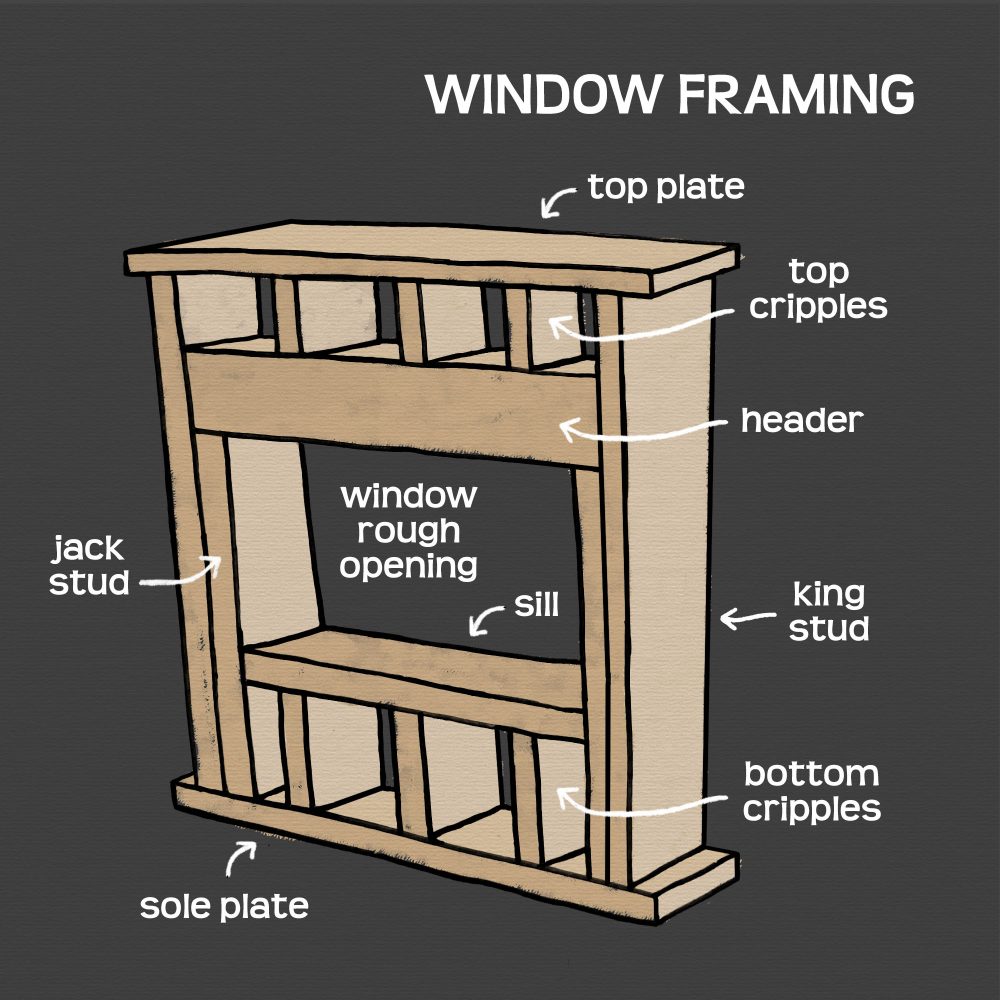 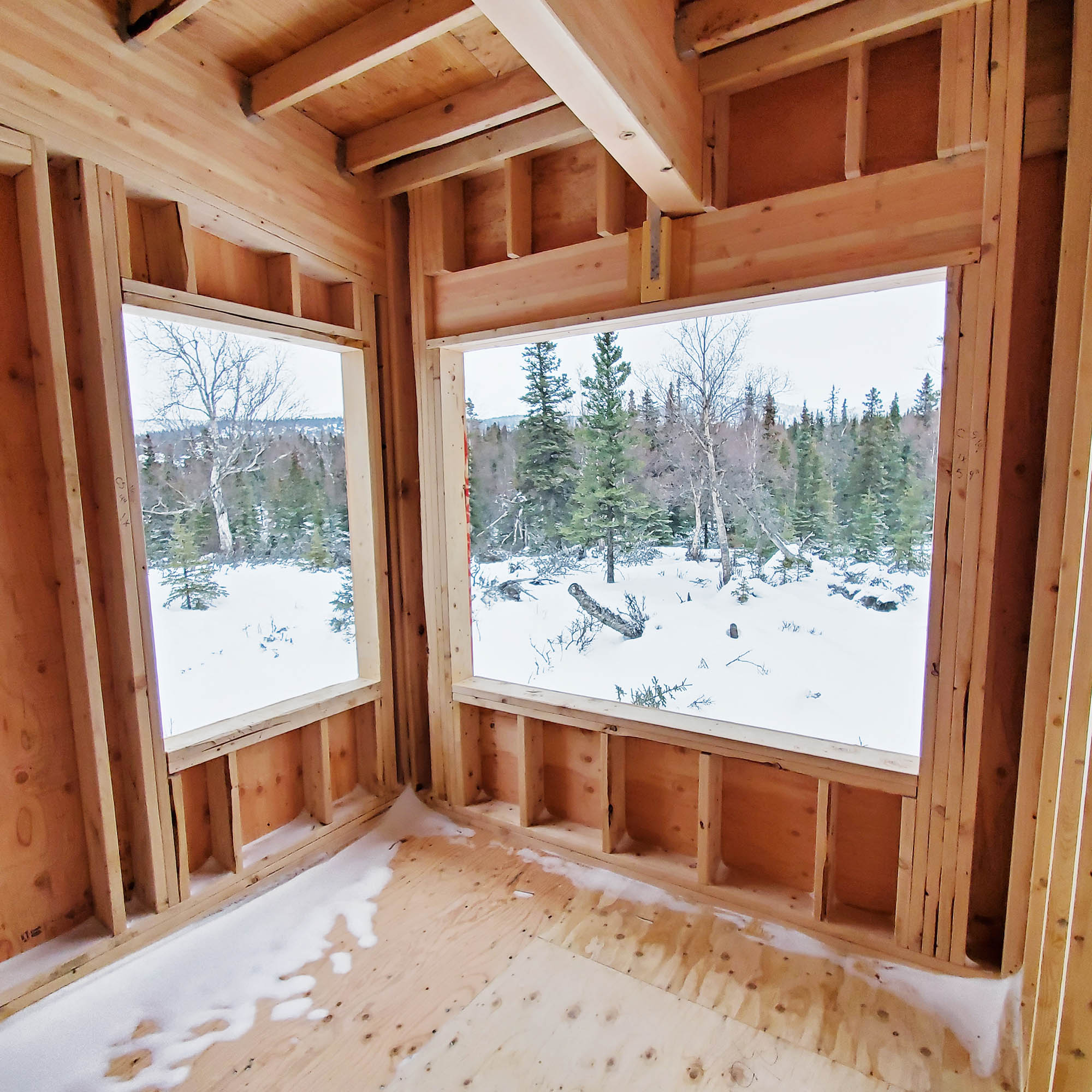 Even if you’re not doing the framing yourself, it’s helpful to know some basic terminology (if only so you’re not confused by all the references to “jack studs” and “cripples” on your job site). Basic window framing is a pretty good starting point for learning the concepts and terms. (Standard door framing is pretty much the same, by the way, but the rough opening extends down to the sole plate.) One quick disclaimer: terminology varies by region so if you’re already familiar with framing some of these terms might be different from what you’re used to.

Window framing is all about protecting the window while channeling loads from above around the window “rough opening” and down to the floor. “King studs” brace the sides of the window framing and channel weight from the “top plate” down to the “sole plate” (also called the “bottom plate”). The “header” is a large, strong block of wood that transfers vertical forces from above horizontally to the “jack studs” (aka “trimmers” or “trimmer studs”) and down to the sole plate. Despite their unfortunate name, “cripples” are load-bearing studs that play an important role distributing weight around the window opening: “top cripples” channel weight from the top plate to the header, and “bottom cripples” transfer weight from the “sill” (aka “saddle”) down to the sole plate.

The second image here shows a real-world example of window framing in my house. This is the corner window in the master bathroom above the freestanding tub. As is often the case, real-world implementation can be a little more complex than simplified diagrams–but with a little flipping back and forth you should be able to identify everything.