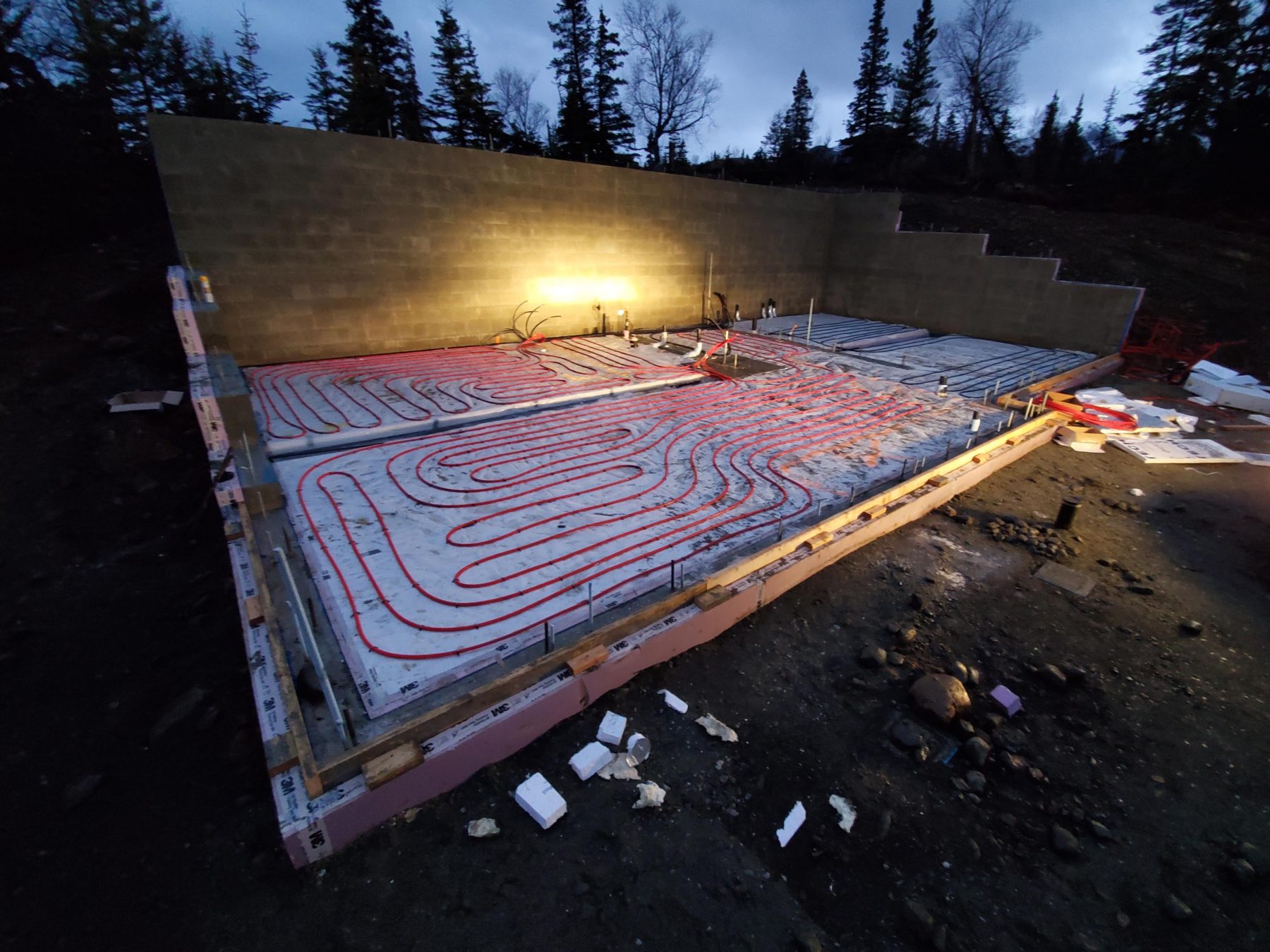 Once the EPS insulation was placed, I covered it with a sheet of polyethylene. The poly serves as a vapor barrier to block the diffusion of water from the ground into the concrete slab. The “standard” is 6-mil (ie six thousandths of an inch thick), but I used 10 mil because the cost difference isn’t big in absolute terms and 10-mil is both tougher and less permeable. I taped the seams in order to keep the poly from blowing away, and prevent concrete from sneaking under a seam and lifting it off of the insulation.

Over the poly my plumber used black plastic staples to anchor loops of PEX tubing for the in-floor hydronic (ie water-based) radiant heating. Concrete can be poured directly over the PEX, permanently encasing it in the slab. When the house is finished, hot water from the boiler will run through the tubing, transfer into the slab, and then move evenly into the basement living space. There are several different “zones” in the basement, each with its own PEX loop and thermostat. Stay tuned for a lot more about radiant heat! 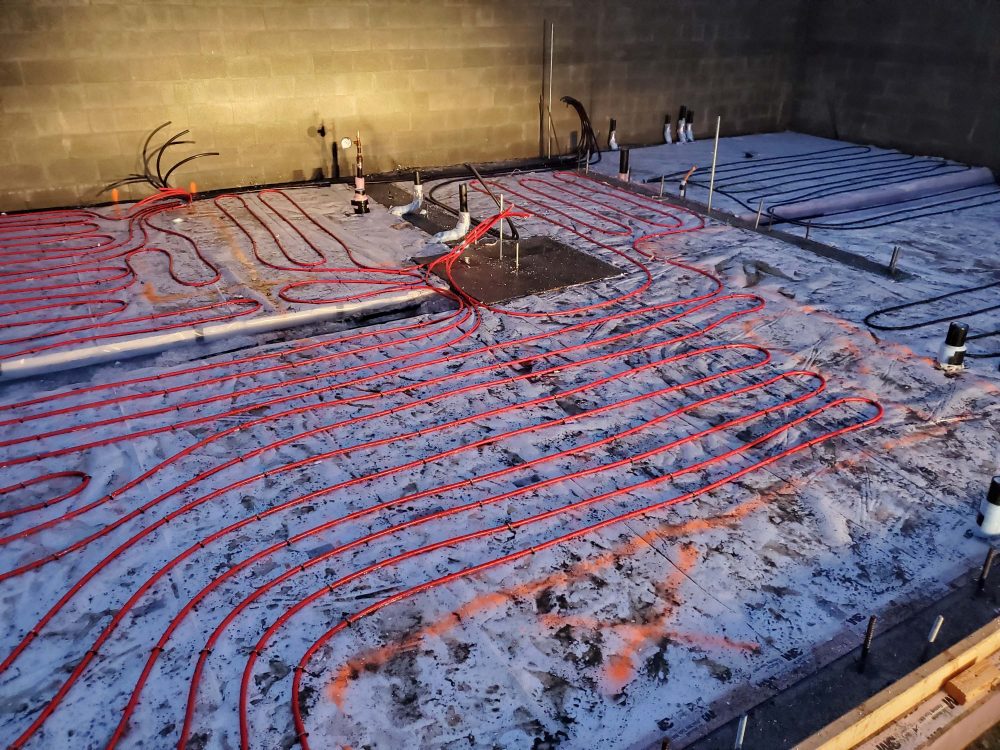 Don’t the holes created by the PEX staples compromise the poly? Not really. Under slab poly prevents moisture diffusion, not the movement of air or bulk water. As building scientist Joe Lstiburek says, “Diffusion is a direct function of surface area—if I get 95 percent of the surface covered I am pretty much 95 percent effective… I could wear golf shoes and march around the plastic vapor barrier and not do much damage.”