As soon as they finished the subfloor over the basement, the crew started on the first floor. This is the main living area of the house. I really enjoyed seeing the view out of the bedroom windows for the first time. Eventually the other lots around here will be purchased and developed, but it’s cool to see that even the small bedrooms have a view… at least for now. 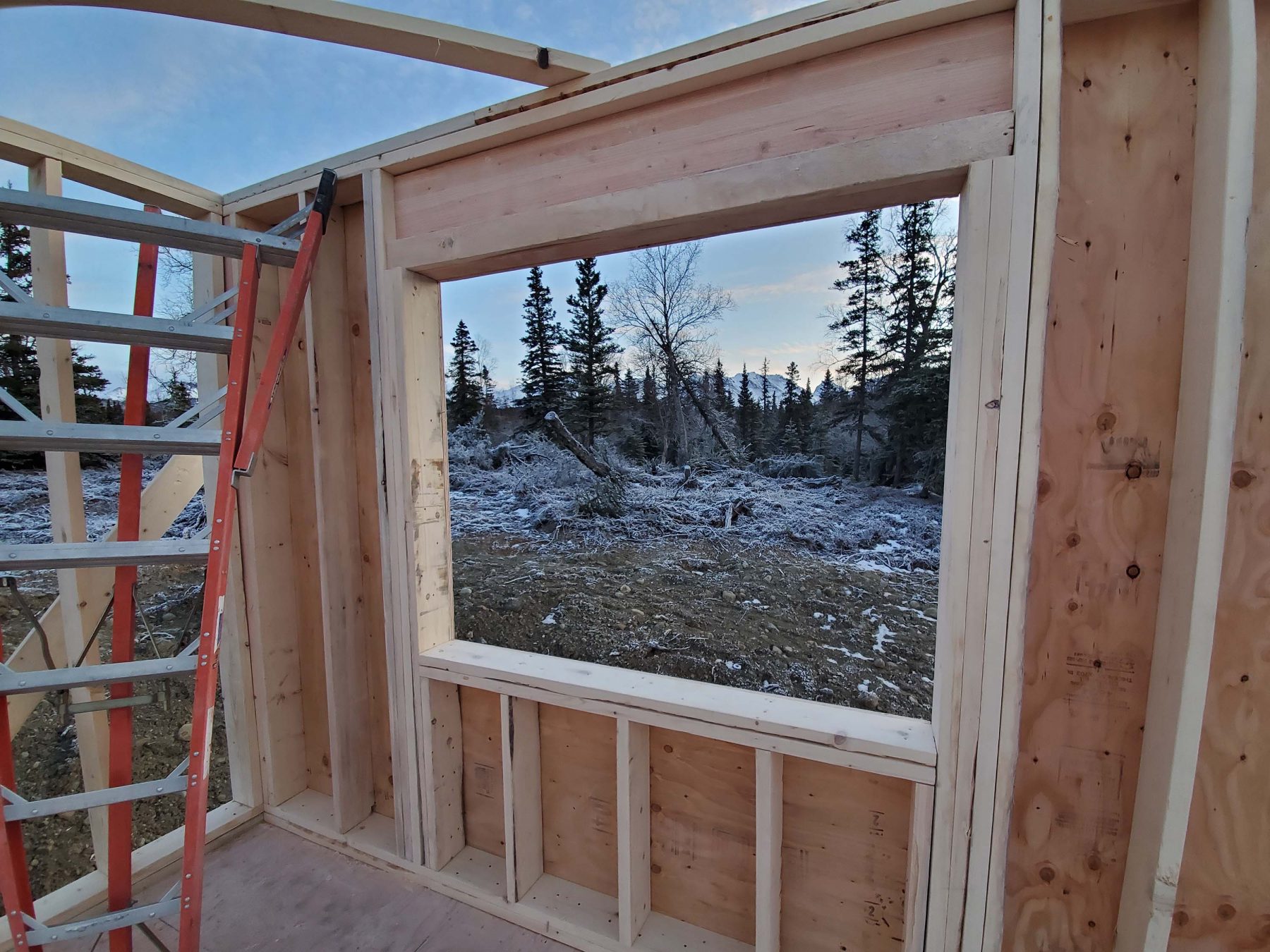 There are three common techniques for framing a wood house: timber framing, balloon framing, and platform framing. In timber framing, large pieces of wood are carefully fitted and joined together, often with pegs and hand-carved joints (a modern successor, called post and beam, uses similar techniques but with metal fasteners). Timber framing has been used around the world for thousands of years. Timber-framed structures can be beautiful and some are still standing after over a millennium, but this method requires a great deal of labor, craftsmanship, and large, expensive logs.

Balloon framing makes uses of standardized “dimensional” lumber, and rose in popularity with the growth of industrial sawmills in the mid 1800s. In balloon-framed structures, each floor is suspended from long studs (think 2x4s) that run from the top of the sill plate on the foundation all the way to the roof. Balloon framing proved to be faster, cheaper, and easier than timber framing, and it became the most popular way to frame houses in the US from the late 1800s to the 1930s. However, balloon-framed structures had tall, open vertical wall cavities that made them vulnerable to fire, and intensive logging eventually made the 20 or 30-foot studs needed to span the full height of buildings scarce.

Platform framing became predominant by the mid 1900s. In platform framing, each level is fully constructed up to the subfloor, and then the next level is built on top of that. Imagine multiple single-story houses with flat roofs placed one on top of the other and you get the idea. Platform framing is economical and structurally sound, and is used in almost all houses built today. As you can see, my house uses platform framing. 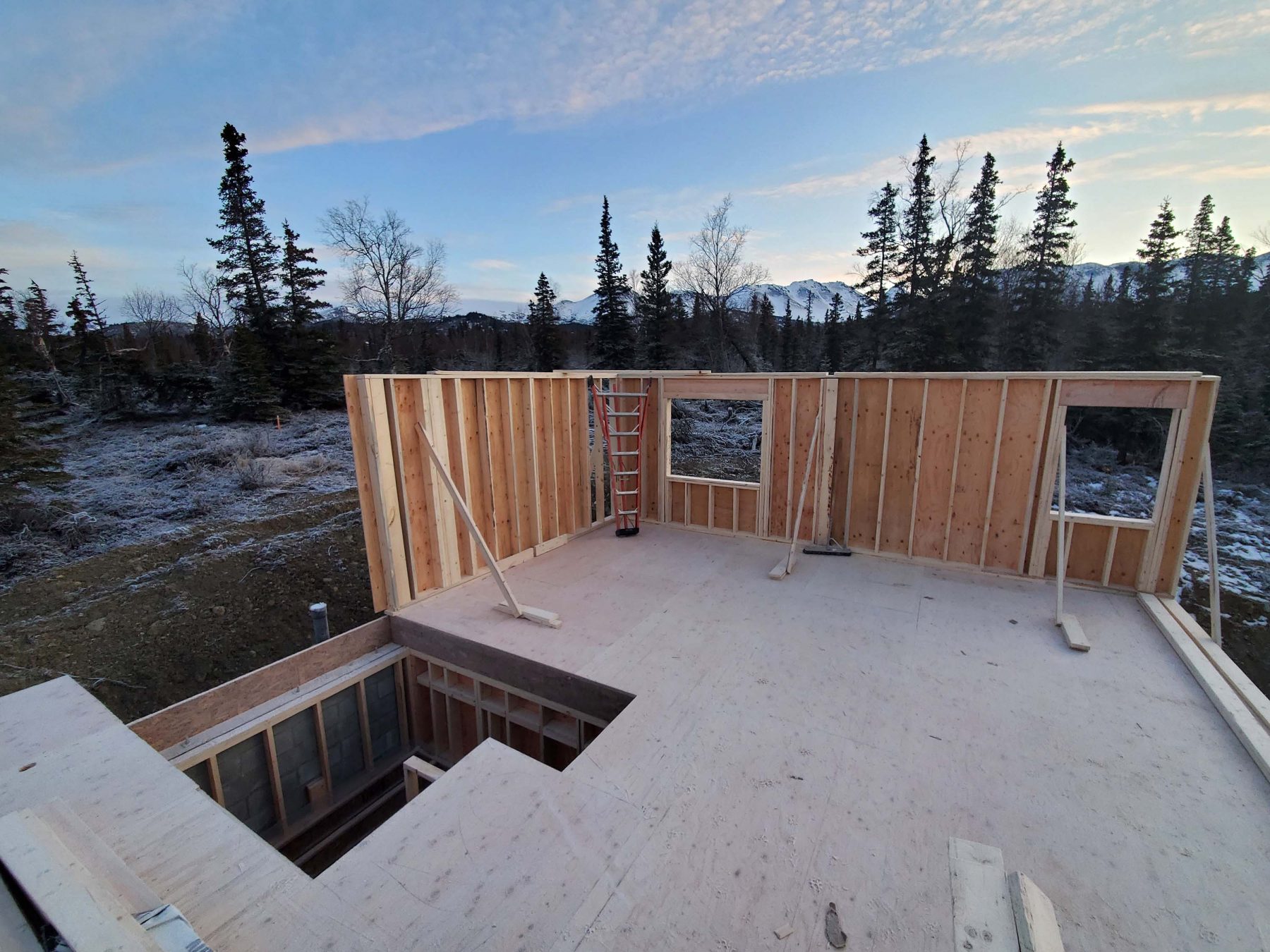