Figuring out what was wrong with my framing was a huge and daunting task, and it was obvious that big mistakes had been made literally from the day the lumber hit the foundation. Wood will pull moisture out of concrete like a sponge, so wood framing in contact with an in-ground concrete foundation must be treated with preservatives to prevent rot. My contractor used treated wood for the bottom course of sill plates, but also placed untreated wall studs, stair supports, wind/earthquake shear panels, and other structural framing directly against bare damp concrete. Moisture was already wicking into the wood. One construction pro told me that this lumber will be “dust” in a few decades, if not sooner. 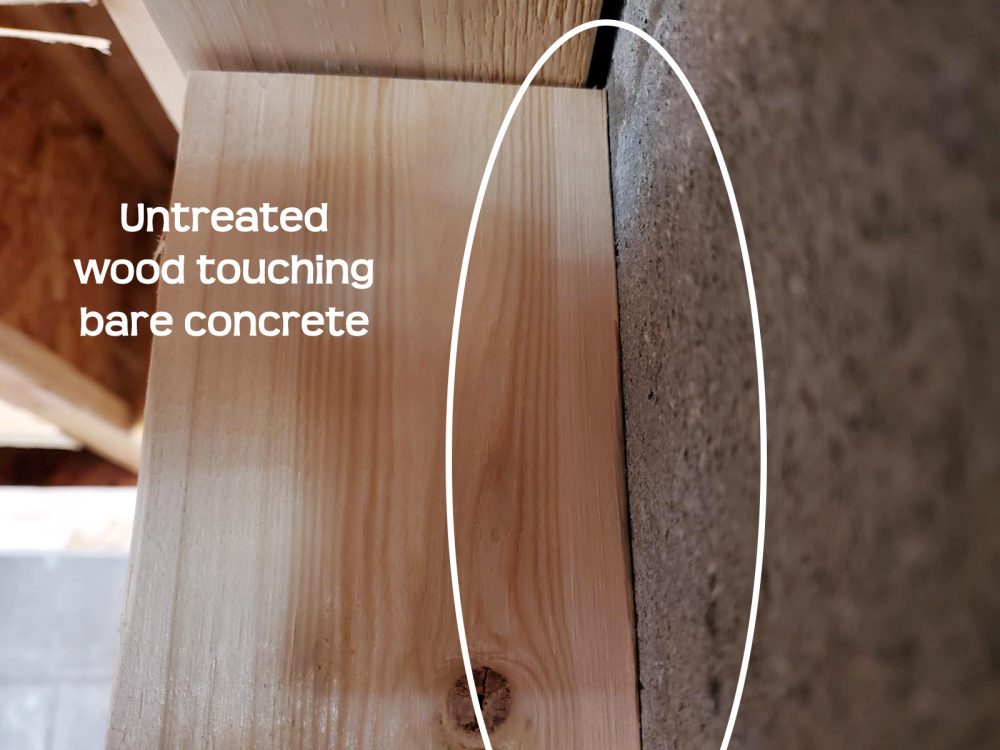 Also, uncoated (“bright”) framing nails had been used to fasten wall studs to treated sill plates–a serious error because the copper preservatives in treated lumber aggressively corrode standard steel (fasteners in treated wood must be galvanized with a protective layer of zinc or, ideally, made of stainlesss steel). 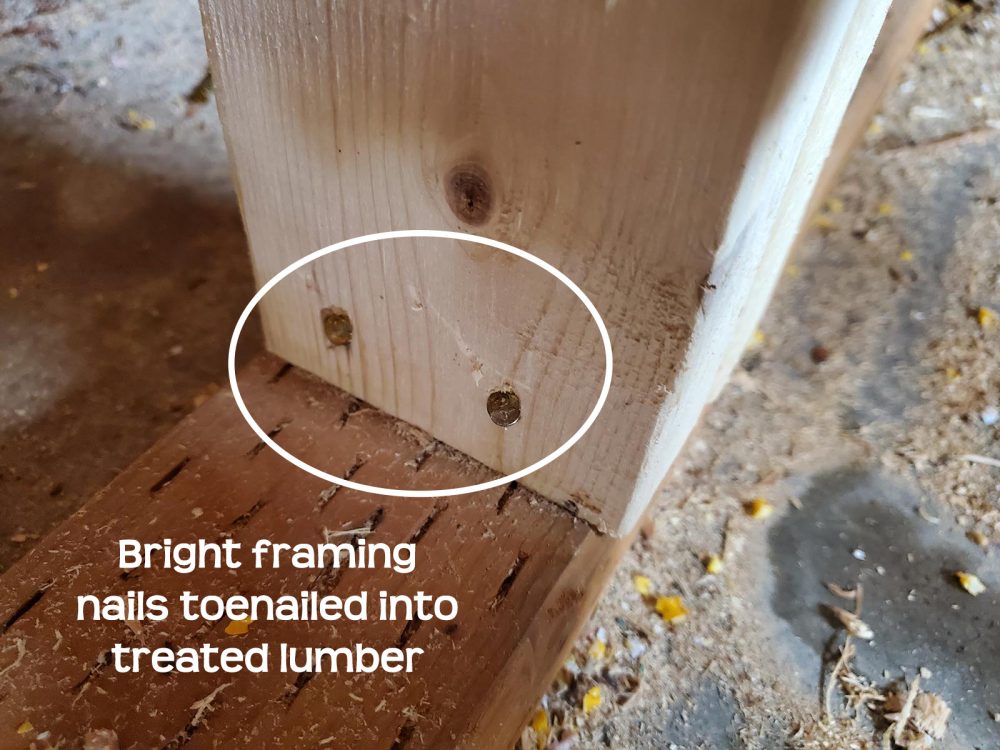 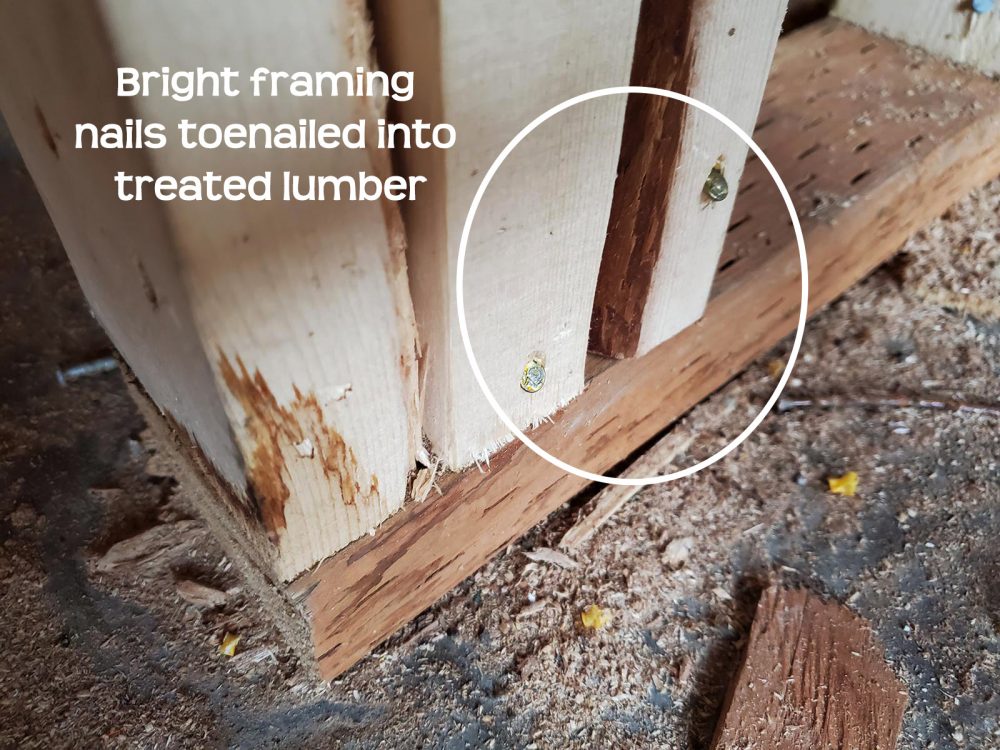 At this point we were only three inches off of the foundation and things were already looking bad. And the gaps–why were there so many big, crooked, zig-zagging gaps in the framing? Why had so much blocking been shot to pieces with gun nails and left in the walls? Why were windowsills out of level? Was all of this even remotely normal? 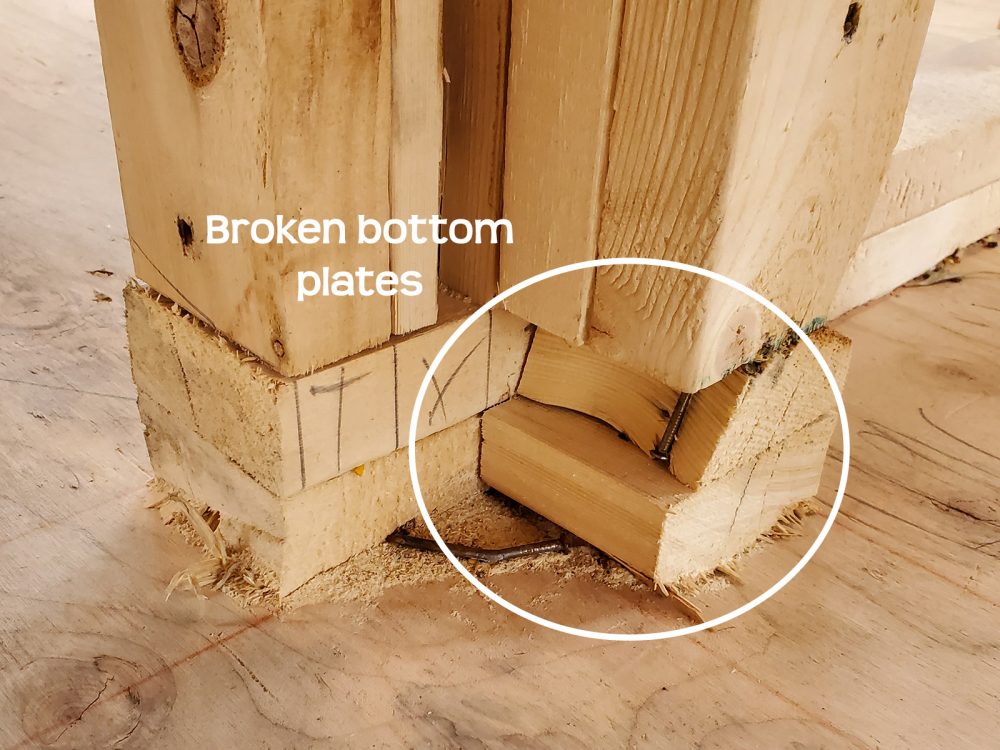 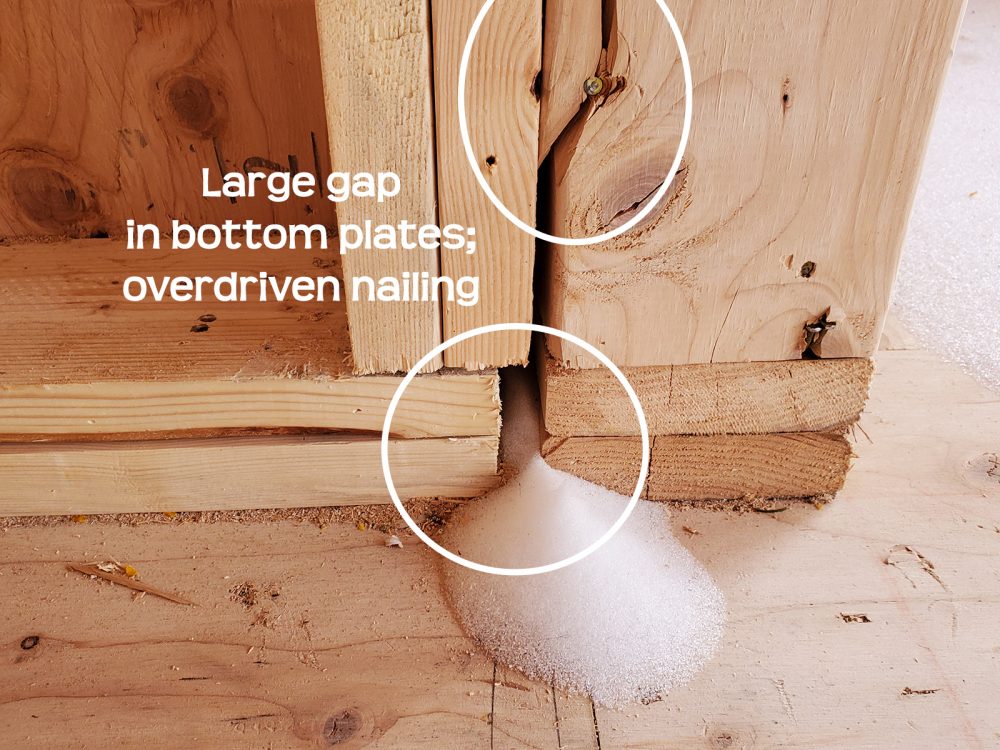 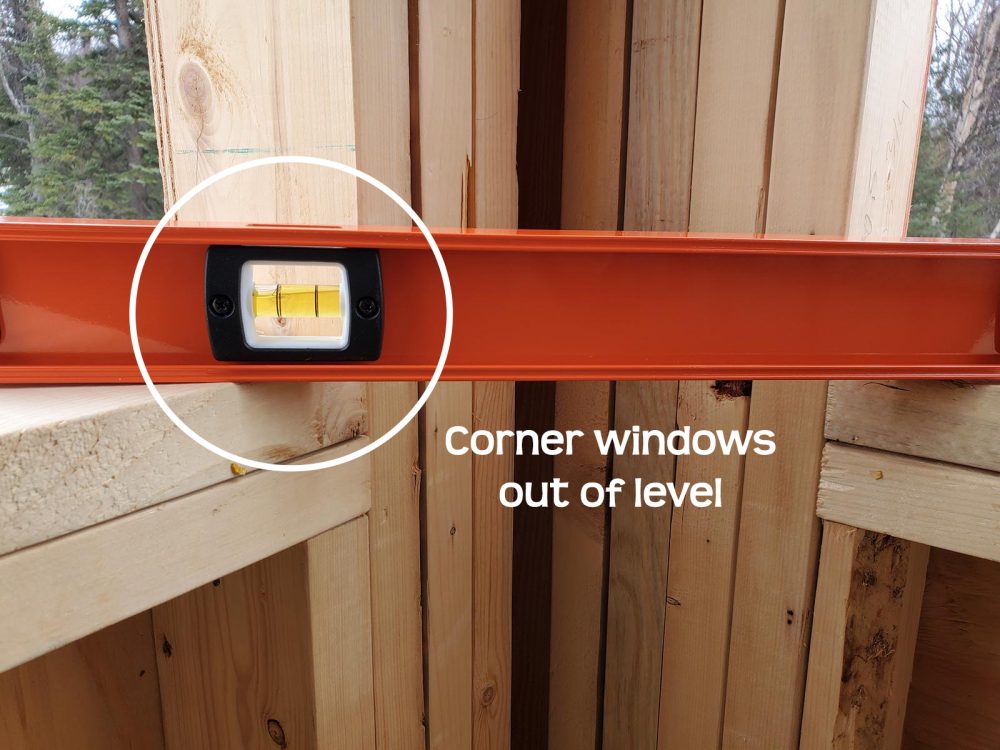 I started posting photos to a few online construction forums. One set of photos became a top post on a popular site and the comments were pretty discouraging (though some were very funny–builders apparently love gallows humor). I also shared the photos with knowledgeable people in Anchorage. The feedback was consistent. The job had gone wrong from Day 1.

By now two things were clear: first, I would have some really awesome before-and-after photos once this was fixed. And second, my project needed professional help.