One of the more startling errors is that the original contractor had installed a set of important metal straps on the *outside* of the house, instead of on the *inside* of the wall per the plans. These straps were designed to resist uplift on the wall in a wind storm, but they were fastened to the wall sheathing instead of directly to the beams meant to anchor the wall. As one building professional told me, “it’s like the house was trying to hold itself down by its own bootstraps.” Yup. 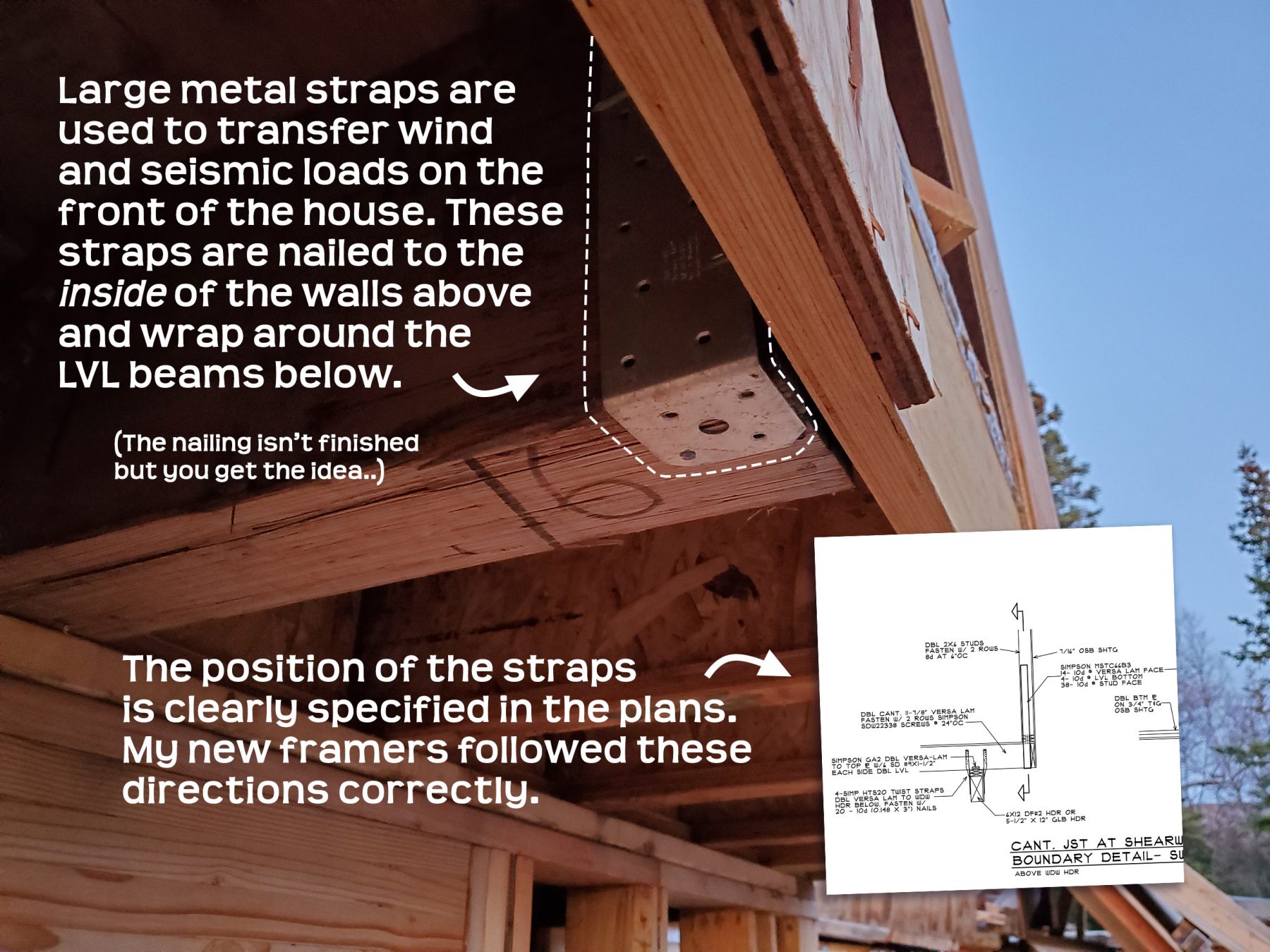 It’s still shocking to me that this happened. One thing that’s helped me is to remember that there will always be unscrupulous people in the world, and from time to time we all inevitably cross paths with them. It’s best to deal with the harm they cause as a practical matter, recognize that you got fooled because of your own limitations, learn what you can, and move on. The problems with my house project have been seriously daunting at times, but this is also something I’ll get past one way or another. The majority of people I’ve worked with on my project have been helpful, honest, and positive. I’m very lucky my project didn’t go more off the rails than it did, and I’m forever indebted to the many, many people (including many strangers) who continue to reach out to offer help and support.