Working together, we made progress. My designer re-engineered parts of the house that hadn’t been built correctly. I raced around Anchorage borrowing generators and buying demo blades and nails. And of course, Harry and his crew were hard at work repairing bad work or ripping it out and replacing it. Our little team really clicked, but as soon as we started pulling things apart we realized the problems ran deeper than we’d thought. 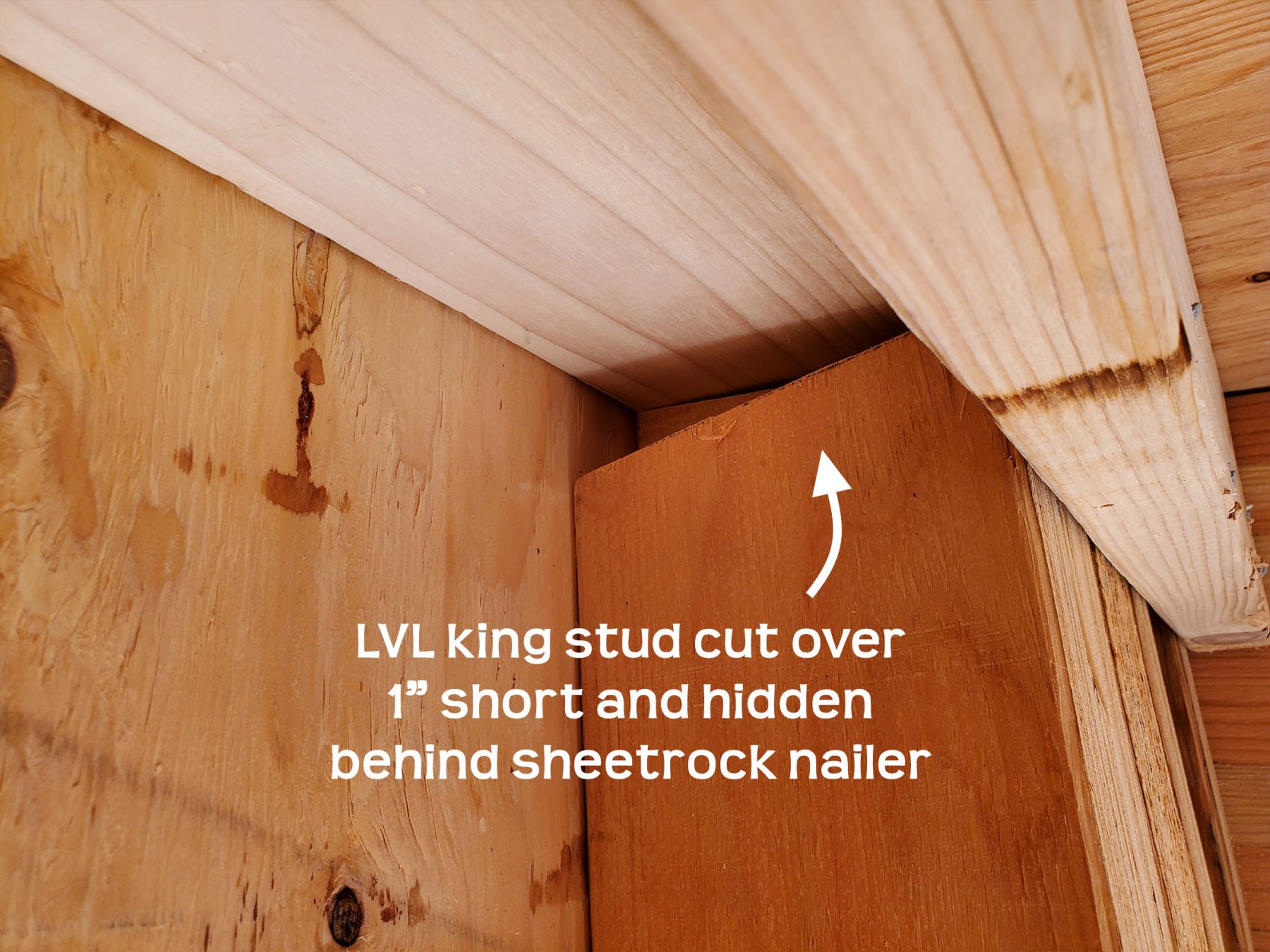 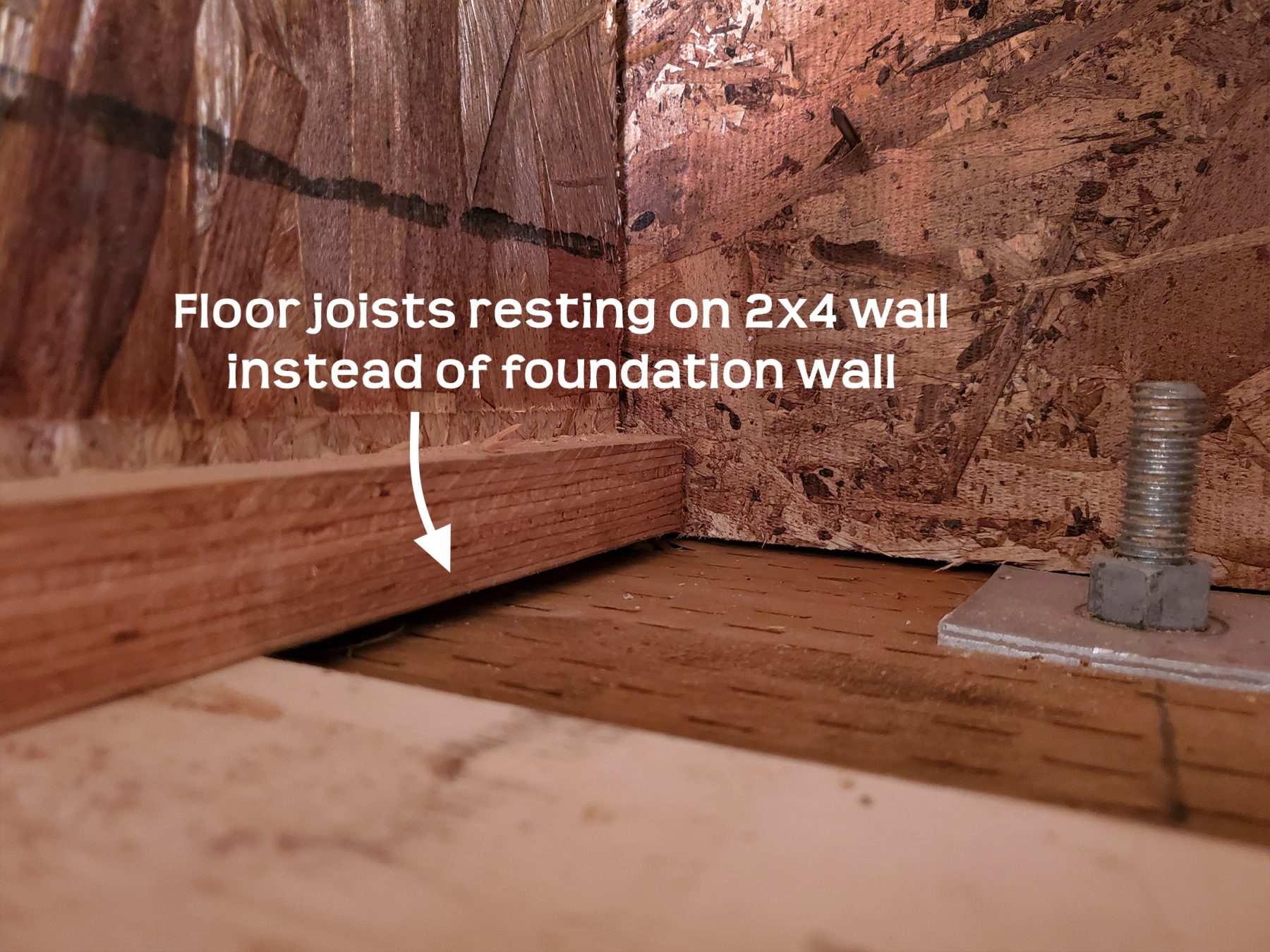 There were so many hidden issues. The framers had cut most of the tall, expensive LVL studs in the living room short and crooked and then hidden the short cuts behind sheetrock nailers. Empty spaces in the walls had been boxed in with no insulation. Incorrect materials had been used throughout the house. The corners of the house hadn’t been nailed together. The huge glulam beams in the living room had been boxed in without adequate support and placed on scraps of crushed plywood. The subfloor hadn’t been run to the edge of the walls, and then this astonishing structural error had been hidden behind sheathing. Seismic hardware had been left uninstalled and then framed in, requiring us to cut out the framing and replace that too. And on, and on, and on. Everything in a framed house is connected, so sometimes these hidden problems would ripple out and require us to replace adjacent work. Sorting through the bizarre things my original framing contractor had done was exhausting and demoralizing. 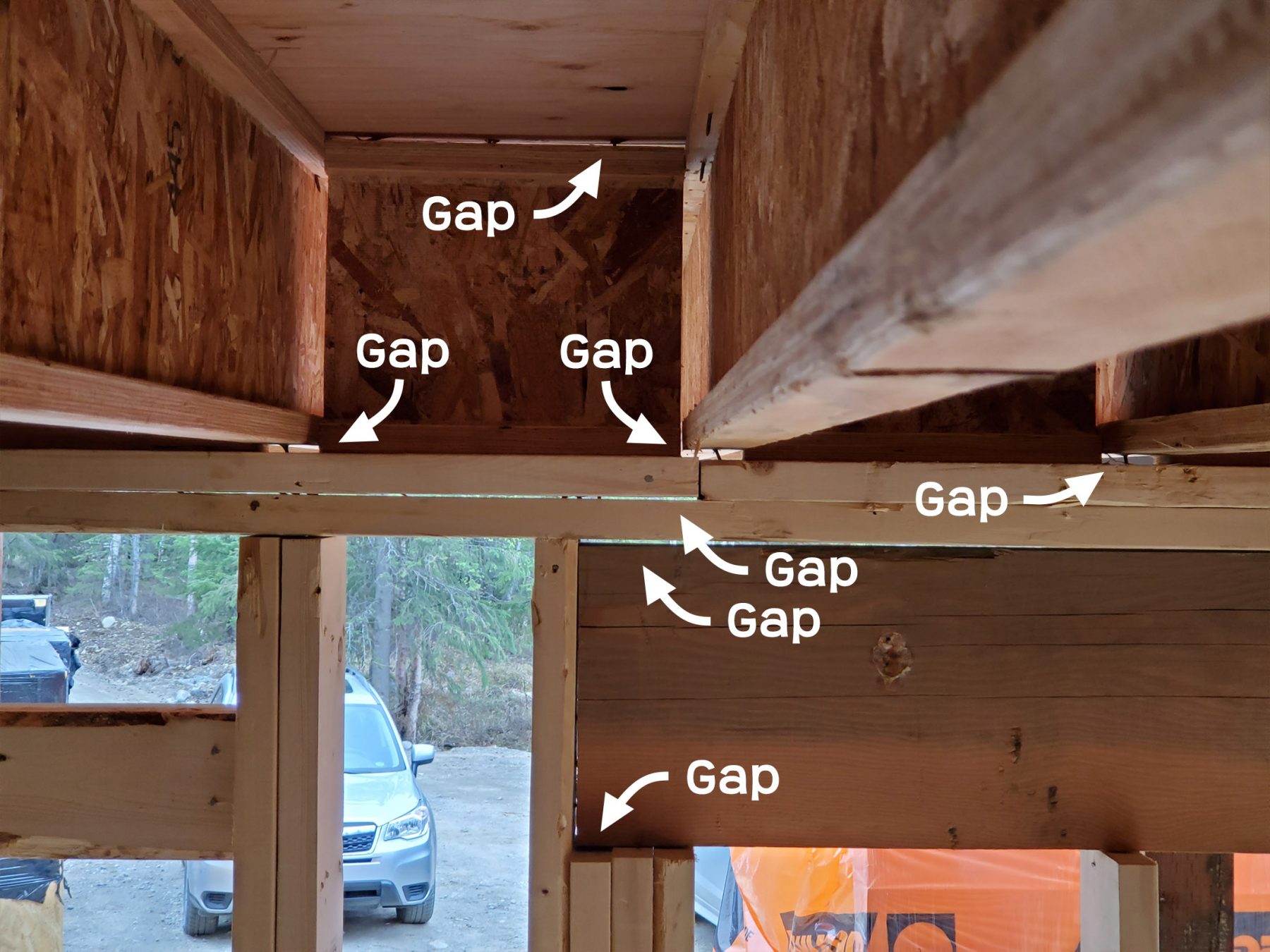 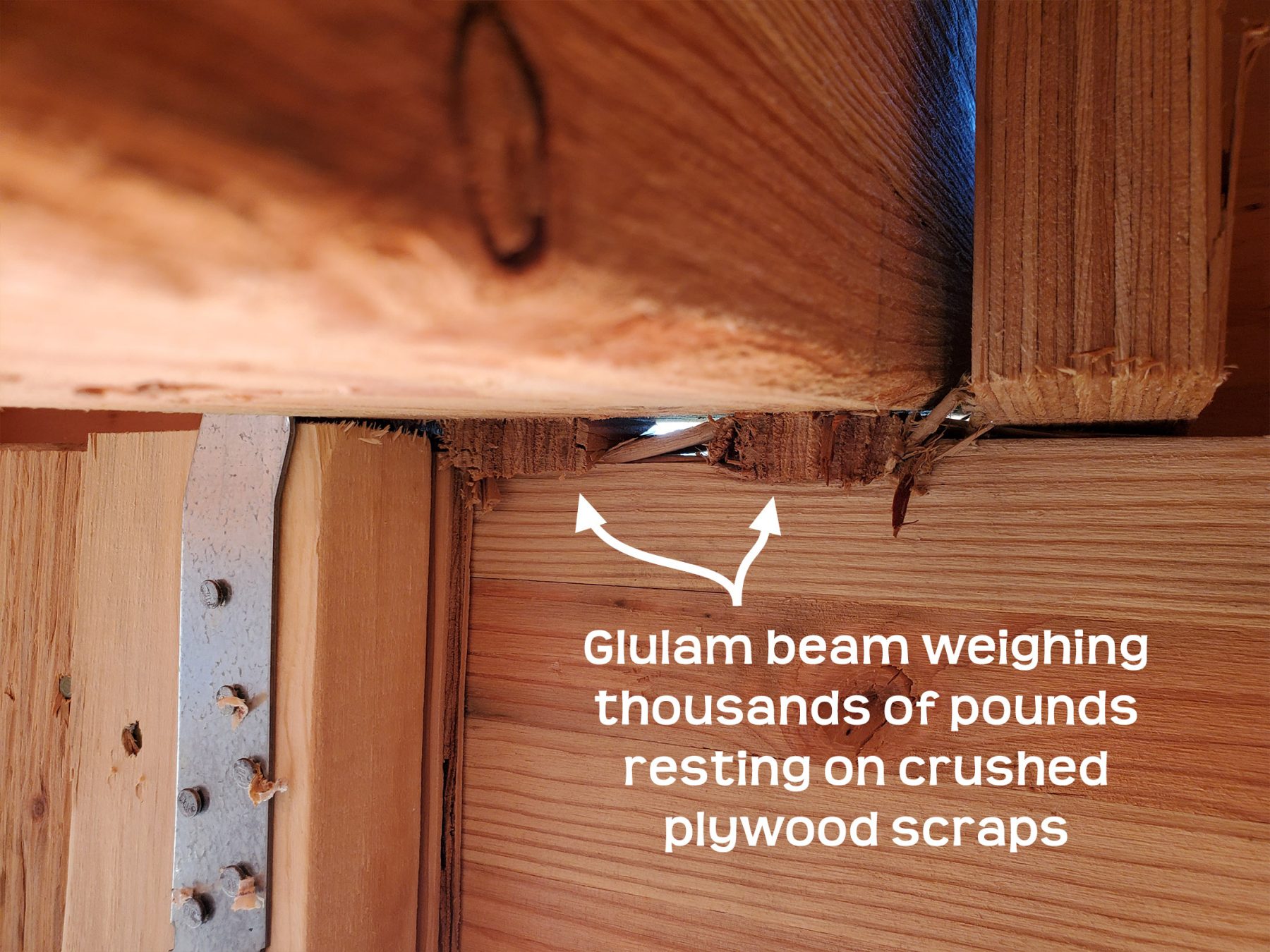 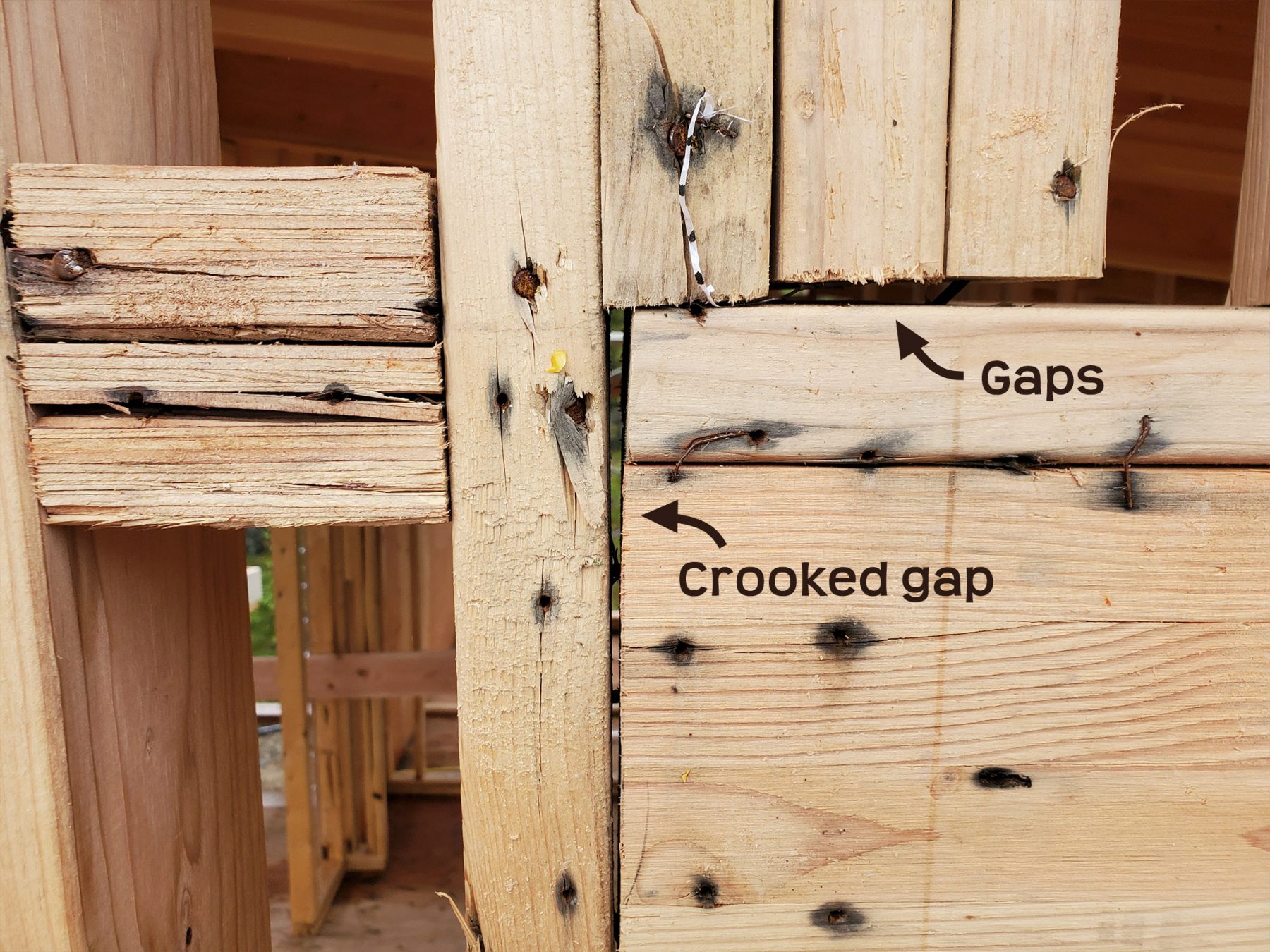 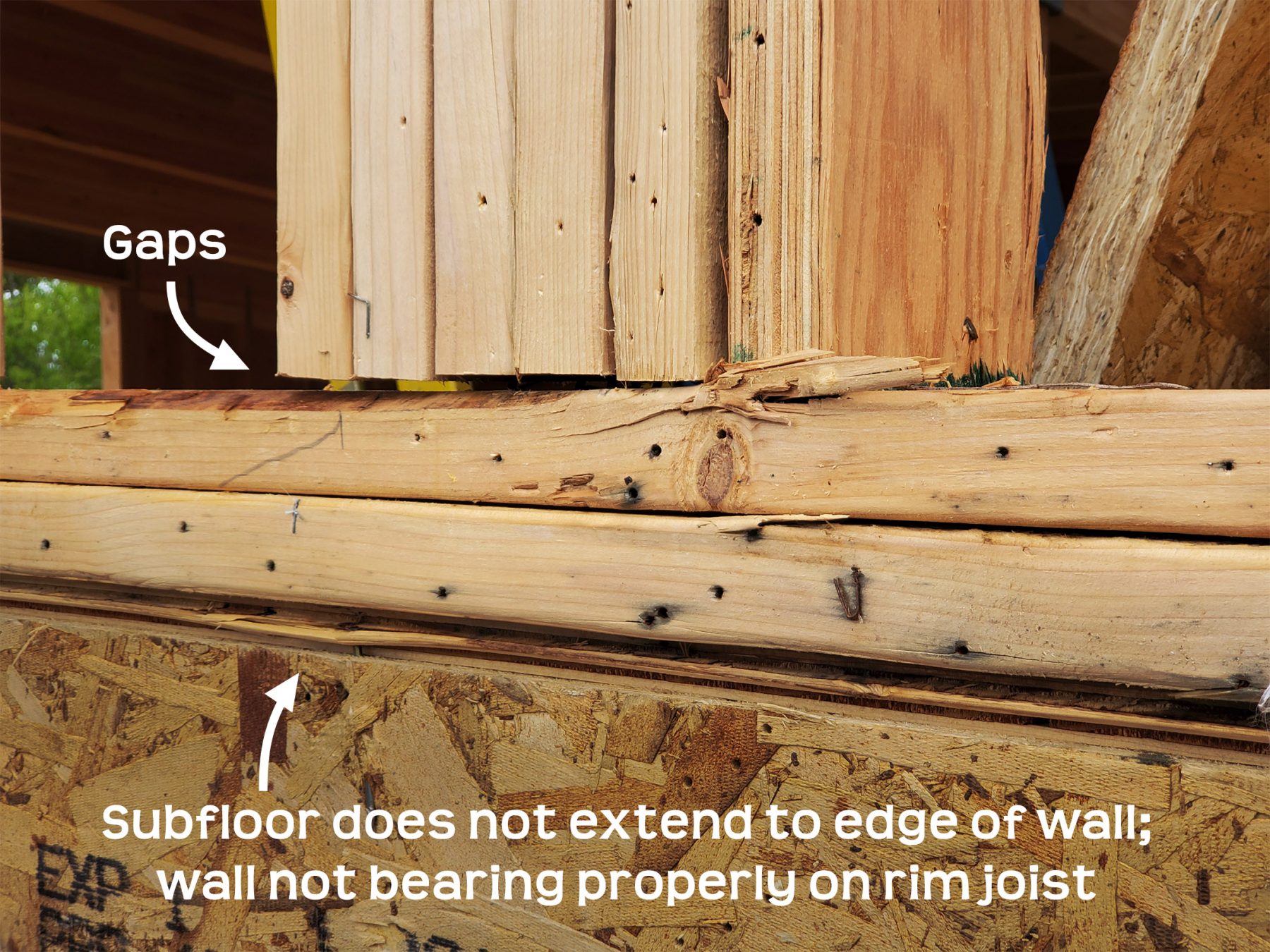 There’s a scene in the WWII movie Saving Private Ryan in which a group of medics are working frantically under fire to save a severely wounded soldier. Just when they stop the bleeding, their patient is shot through his helmet and killed. One of the medics hurls a ribbon of bandages at the ground and screams at the sky “F$#%! Just give us a f%$#&#@ chance!” That’s kinda how it felt trying to fix this house. Our entire team would put our heads together and work so hard to figure out how to repair something, just to pull a stud away and find that the whole assembly was so ruined from the inside out that it couldn’t be saved.