The reframing is going smoothly and progress is visible every day. I’m happy we’re finally pushing forward, but framing in Anchorage during August and September does mean rain–sometimes lots of it. 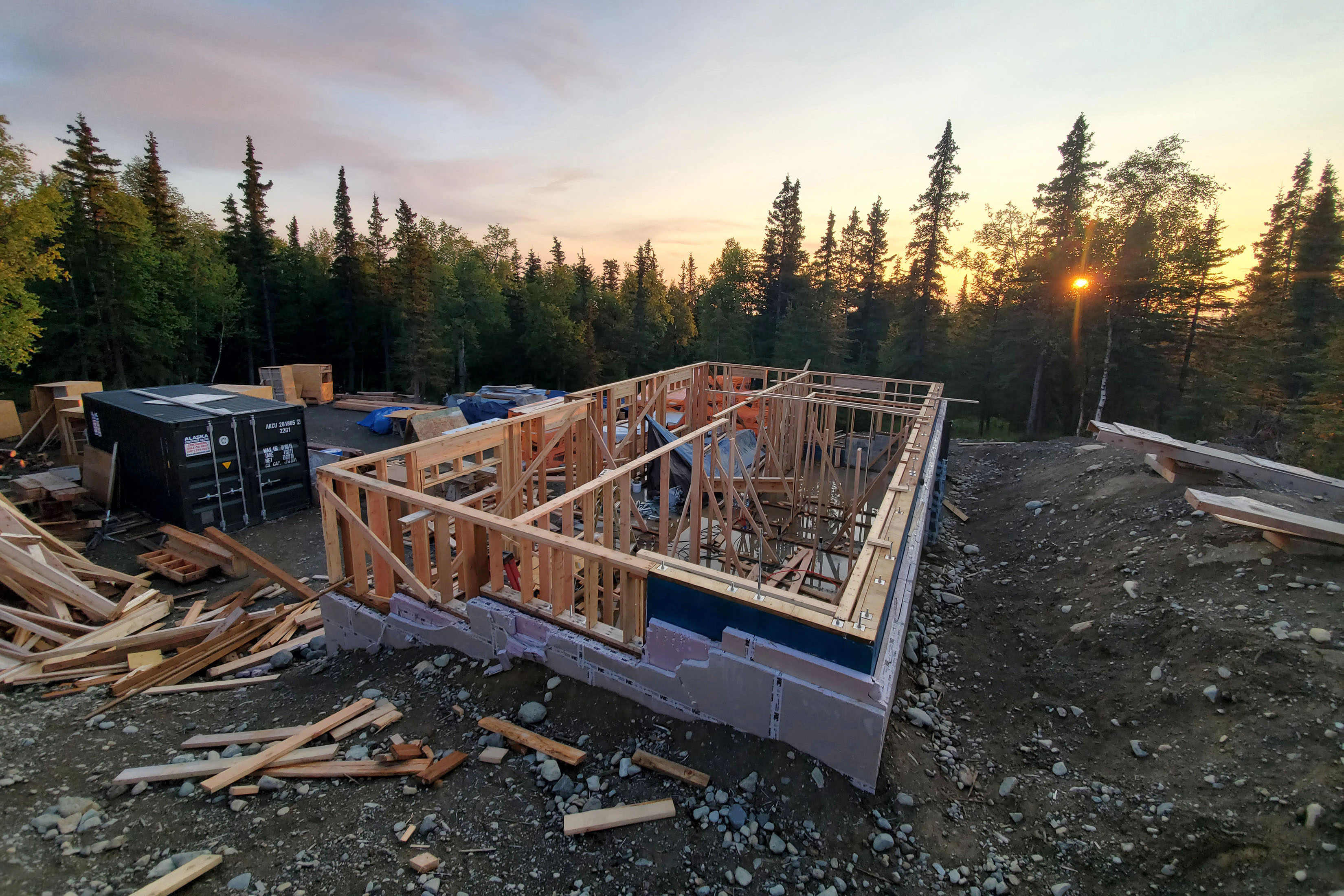 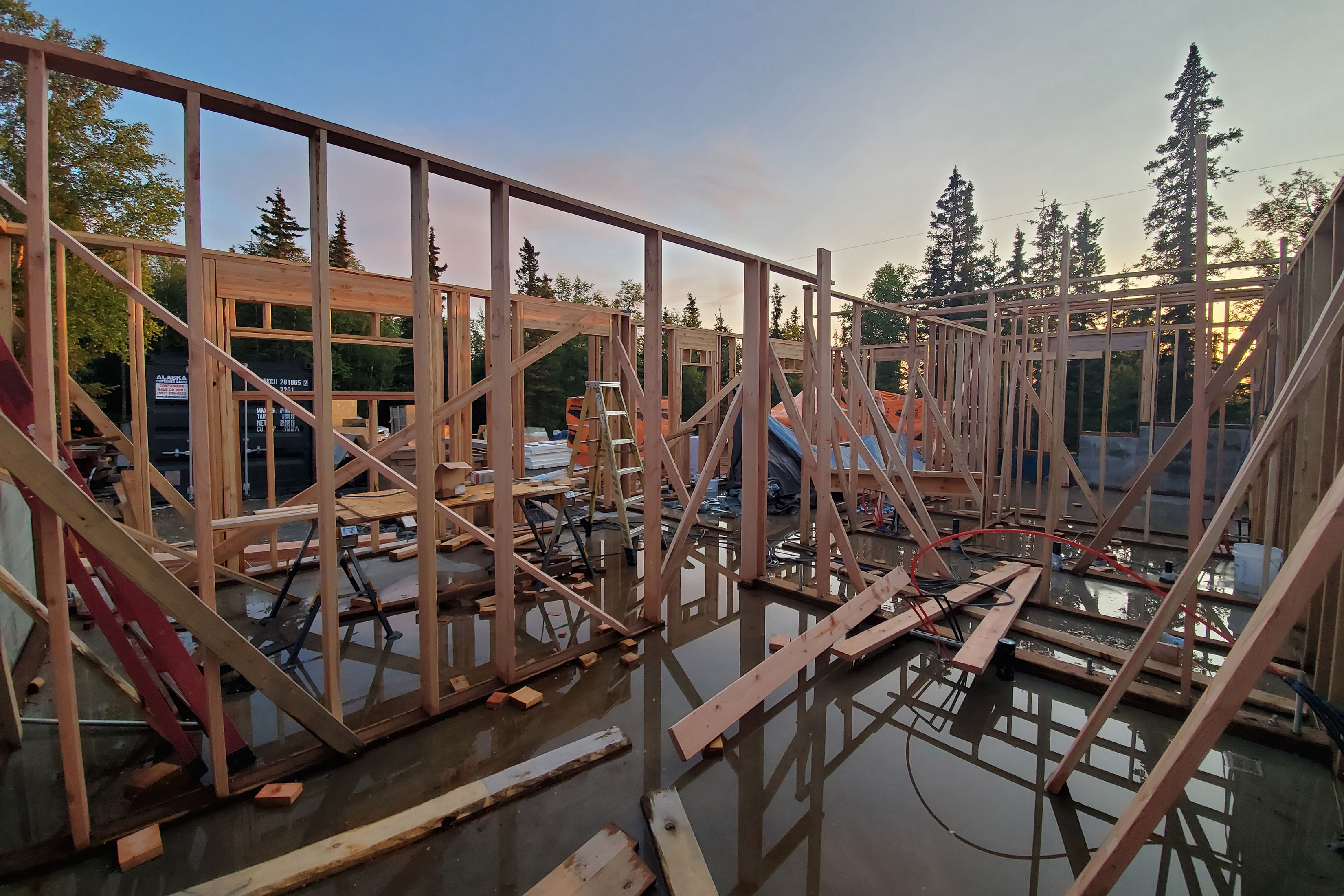 As I said in a previous post, most wood can handle an occasional downpour just fine. But the same can’t really be said of metal. All of the nails scattered around my jobsite provide a nice quick lesson on how water affects different types of metal fasteners. 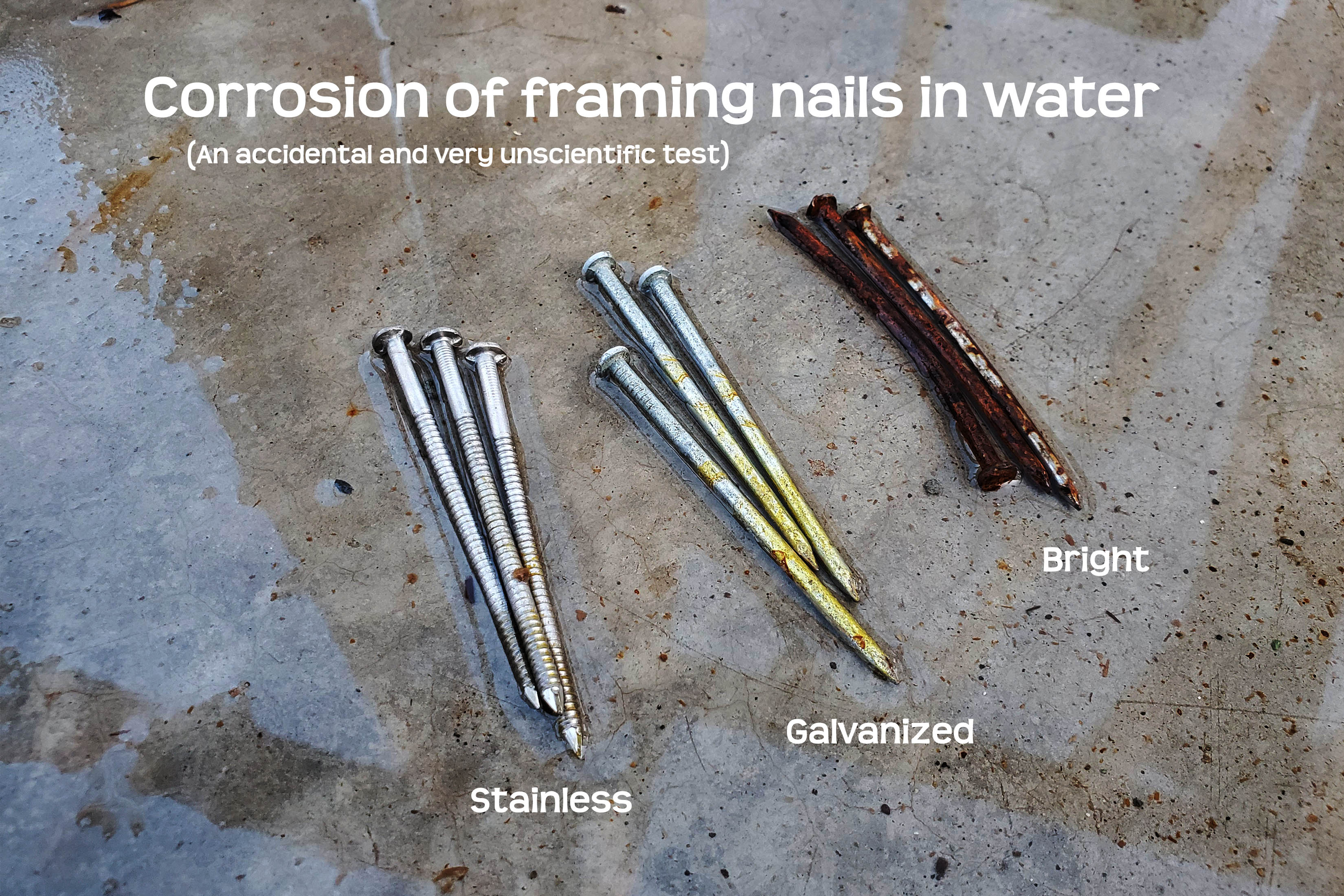 Bright framing nails are made of inexpensive common steel, and begin rusting almost immediately in contact with water. A little rust isn’t too bad, but long-term rusting can whittle a nail down to nothing. Galvanized nails, which are a bit more expensive, are basically just brights coated with a protective layer of zinc. The galvanized nails scattered around my jobsite have held up surprisingly well, minus a few specks of rust where the zinc was chipped or worn off. And then there are stainless steel nails, which can lie around covered in mud and water for weeks and still look brand new. So why not use stainless for everything? Well, for one they’re far more expensive, so unless you’re a multimillionaire in the PacNW, framing with all stainless would be a poor use of money.

Most structural framing should eventually be protected from the elements, so in theory a nail’s resistance to water corrosion shouldn’t matter much. Some framers use brights for nearly everything, while others use galvanized nails for “exterior” tasks like attaching sheathing. Some keep things simple and play it safe by using galvanized everywhere. Ultimately, galvanized and stainless are most useful (and necessary) when dealing with treated lumber, which is highly corrosive. More on that later!