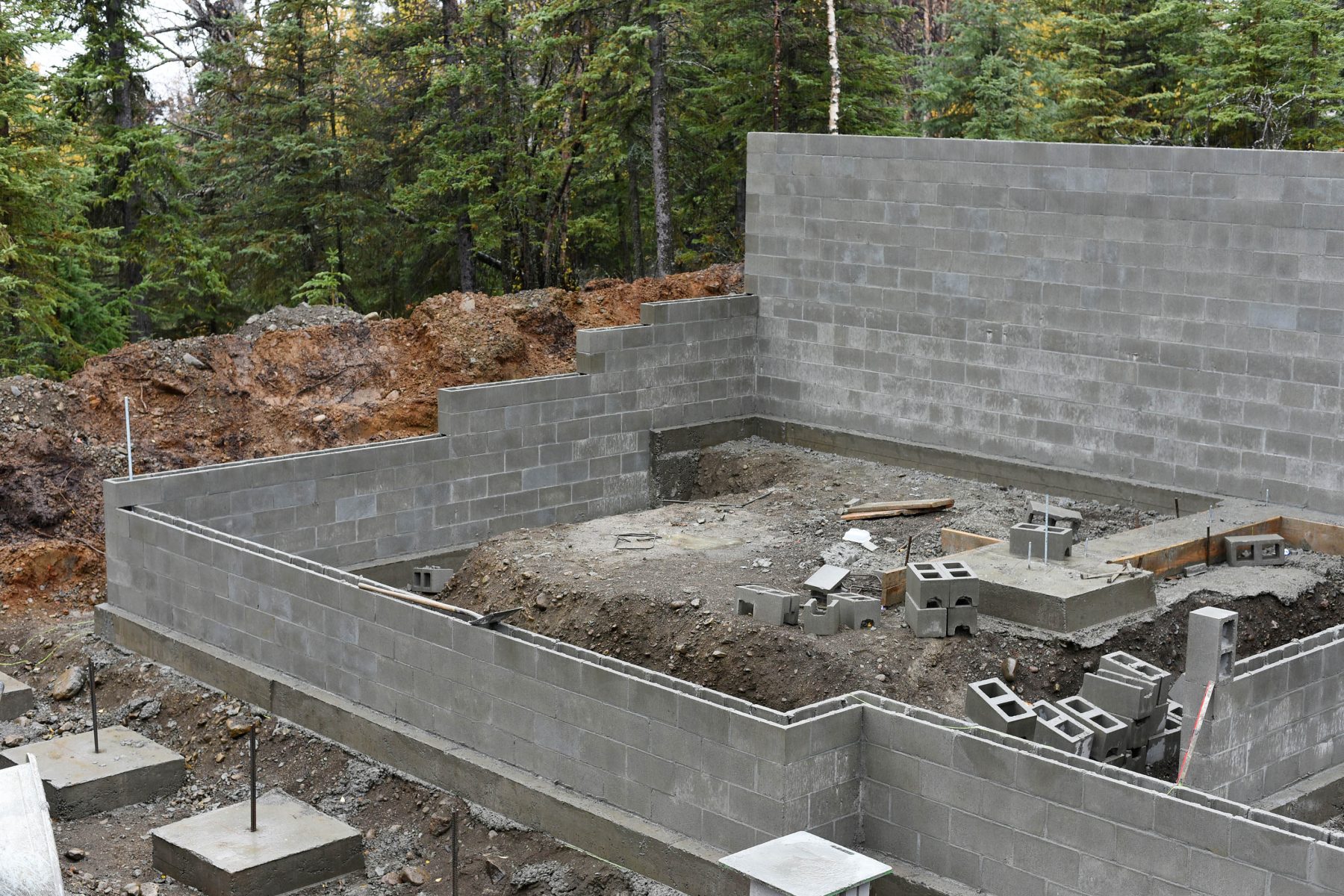 Foundation walls are up! Before starting this project, many people told me that there would be long periods of relative quiet punctuated by crazy bursts of activity. If anything that was an understatement–these walls went up in a single day! It was awesome watching the crew get all of this work done so quickly.

There are many different types of foundation walls, from CMU block walls like mine to conventional single pours, insulated concrete forms and even solid wood foundations. So which is best? As it turns out, comparing them “all other things being equal” is difficult because things are rarely equal. For example, block walls are often described as having less lateral strength than single-poured foundations. But my block walls will be fully filled with grout (a mixture of sand, water and concrete) and a lot of rebar, which has an immense amount of lateral strength. Ultimately, most sources conclude that what matters most is that the crew uses good material, pours under appropriate conditions, and executes the work correctly. 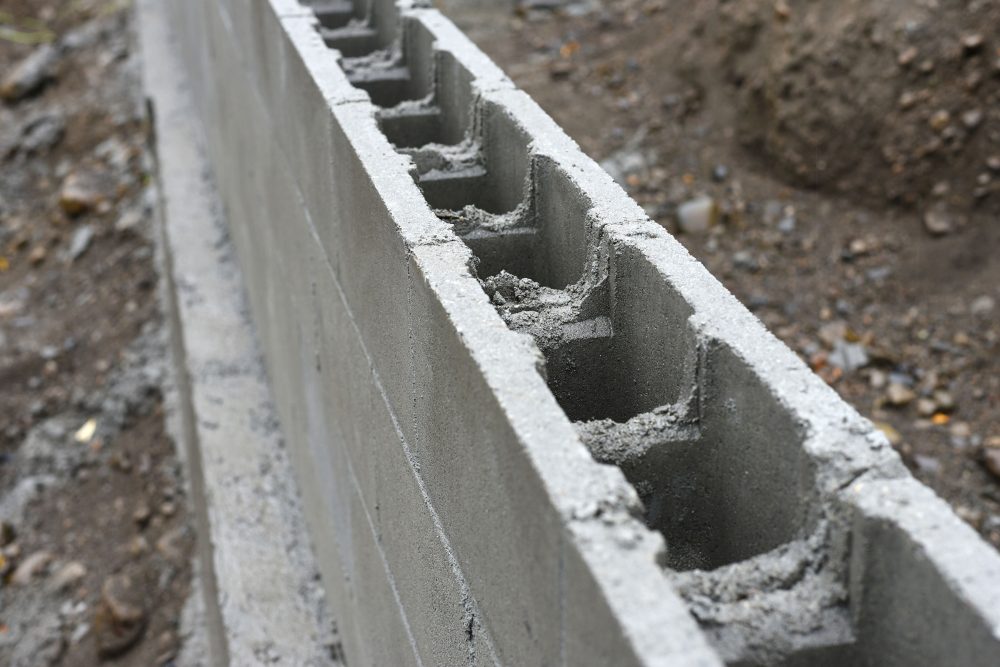