If you’re thinking “how could this get worse?” you might want to sit down. First, the situation with my framing was not a “you get what you pay for” deal. The contractor I hired was on the expensive side. But not only was his finished product shoddy and unusable, but he billed me thousands of dollars more than his estimate. There were no warnings and no explanations. Aside from shrinking one window opening there had been no change orders.

And that’s not all. The contractor had wanted to buy materials through his supplier and add a 20% markup. Because ordering materials is trivially easy (it takes less than five minutes), he agreed to only order materials and add his markup if the total cost to me was lower than what I could get on my own. I didn’t expect him to be able to do that, so I was surprised when I drove up to the site one day to find his supplier unloading a truckload of lumber. He told me that he’d “run the numbers” and that by ordering through him I’d received “substantial savings.” He was acting awkward, and it was a slightly uncomfortable interaction. It retrospect it was a red flag that I should not have ignored.

The “substantial savings” were a myth. A line-by-line preliminary review of the quotes suggested that by ordering from his supplier, the contractor had broken our agreement and needlessly run up my construction costs by thousands of dollars–which he effectively pocketed as profit. 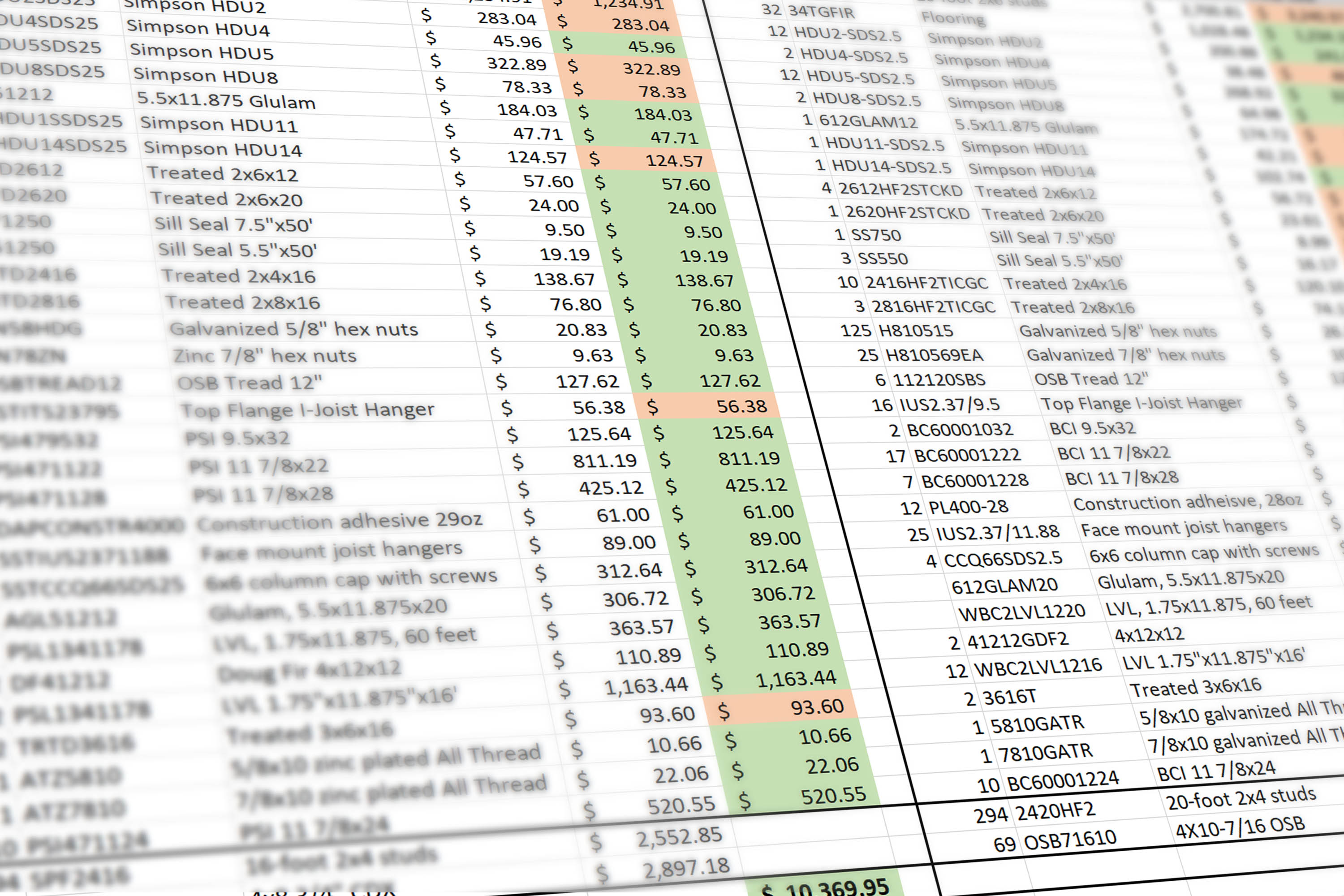 At this point it was clear that issues with this contractor went far beyond crooked windowsills. I do not tolerate this kind of behavior and it is not consistent with the ethics that I expect contractors to adhere to on my project. I began consulting with several Anchorage law firms, and I ultimately hired a reputable major firm with a member who specializes in construction fraud and malpractice.

For legal reasons, I can’t share much about this aspect of the process. Right now, things are going fine. Wish me luck.