I wasn’t planning on sharing the final written report about the original framing job, but recently I found out that the original framing contractor has filed public legal documents related to the project. I hope this post makes it abundantly clear why we had to demolish his work and start over. 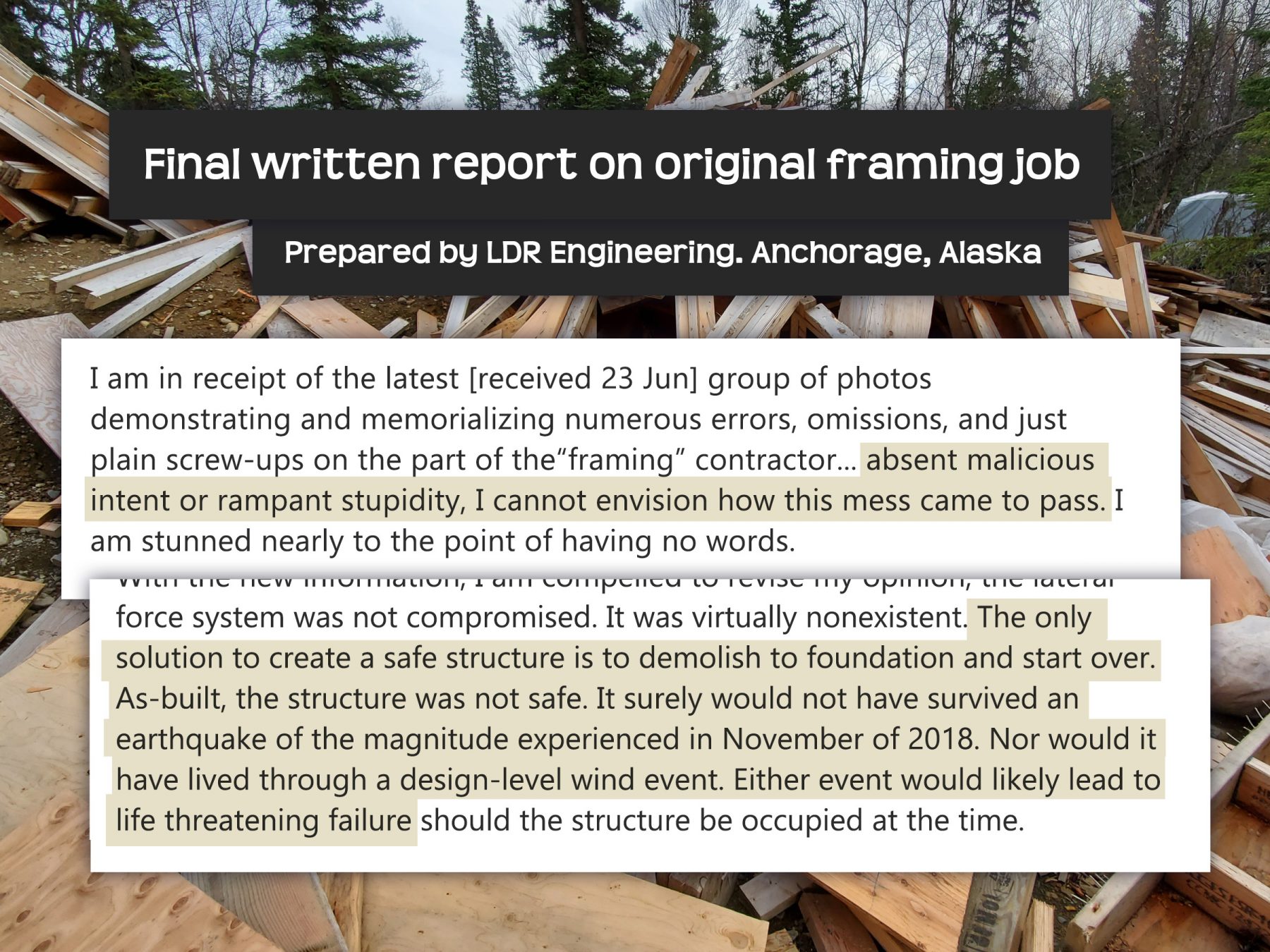 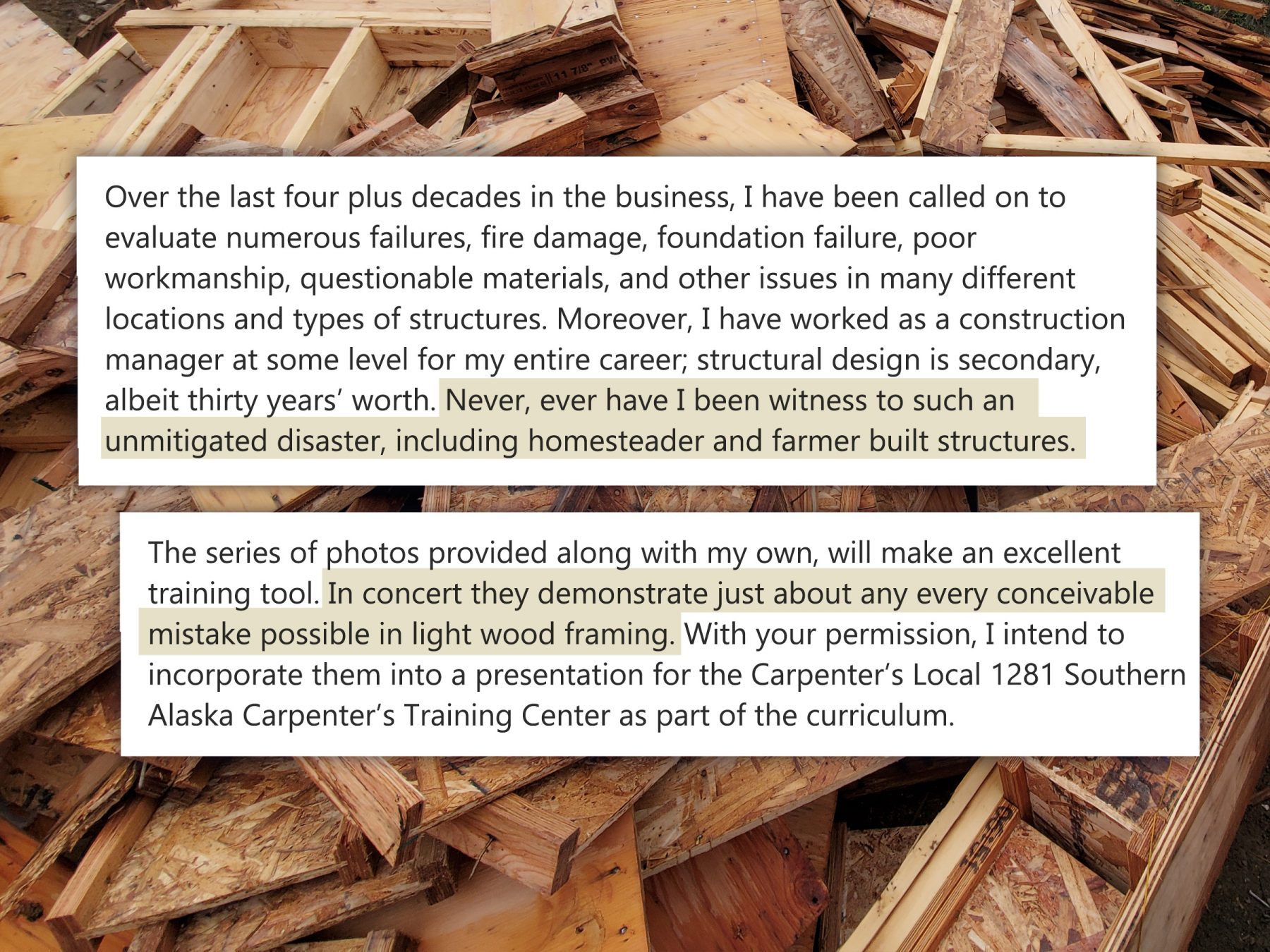 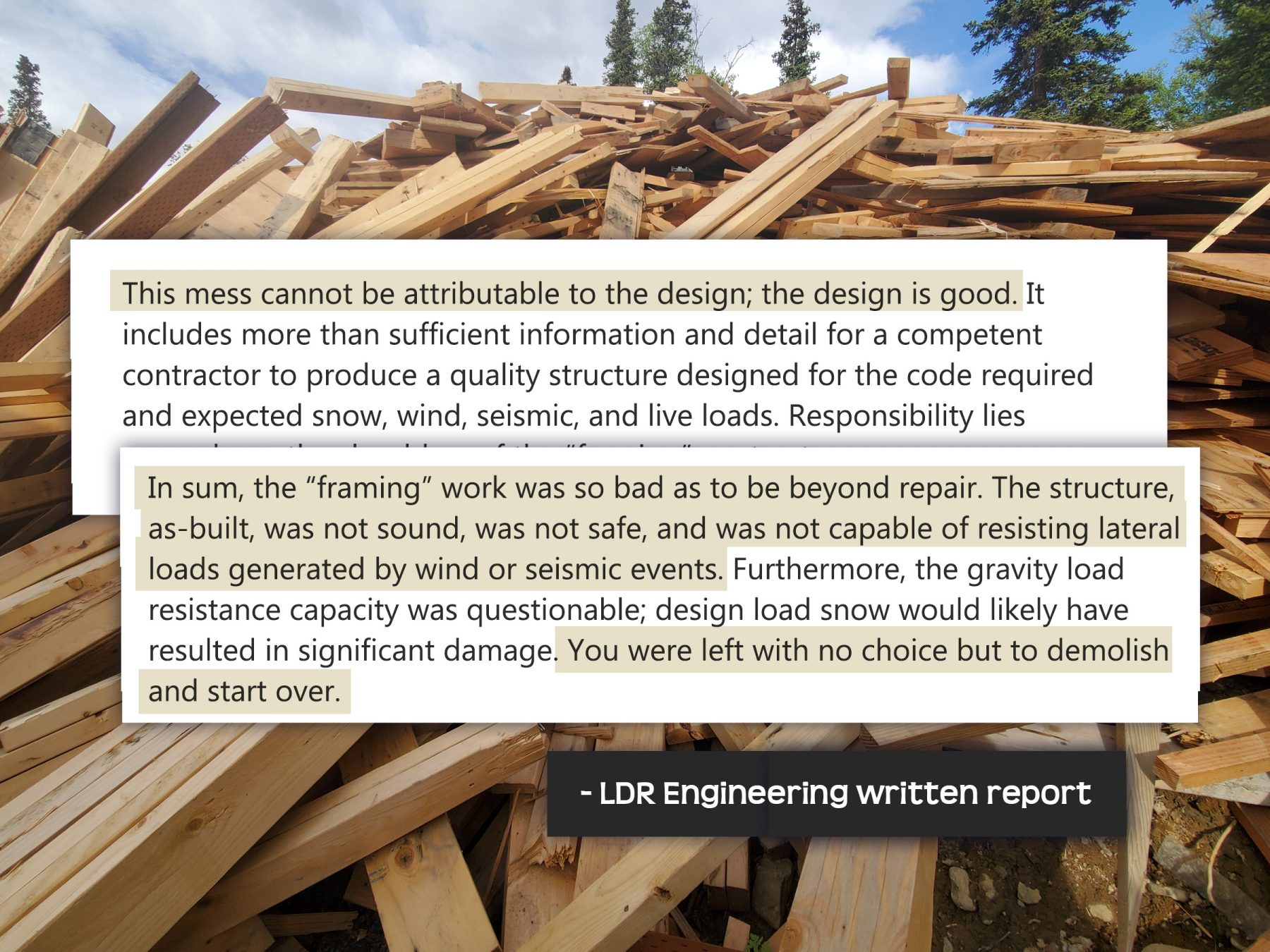 According to LDR Engineering, the original framing job was so bad that the structure would have collapsed in the 2018 earthquake or in a wind event, likely injuring or killing the occupants. The LDR engineer states that in four decades of professional construction management he has never seen such an “unmitigated disaster, including homesteader and farmer built structures.” He requests permission to use photos of the framing as a teaching tool to train carpenters because they display nearly “every conceivable mistake possible in light wood framing,” and concludes that there was “no choice but to demolish and start over.” The letter is signed and dated on LDR letterhead.

However this plays out legally, I’ll never regret demolishing the original framing contractor’s work. This was the only way to ensure that the people who will one day spend time in the home–myself, my friends, my family, future occupants–won’t be needlessly endangered by a building failure. Yes, the demolition was excruciating. But at the end of the day I’m just glad we figured out what the original framing contractor was doing. It’s truly disturbing thinking about what would have happened if these mistakes hadn’t been caught in time.