Sadly, my home had been framed so poorly that the engineer’s written report said it could fail during a wind storm or earthquake. Why? Oh boy, let me tell you. 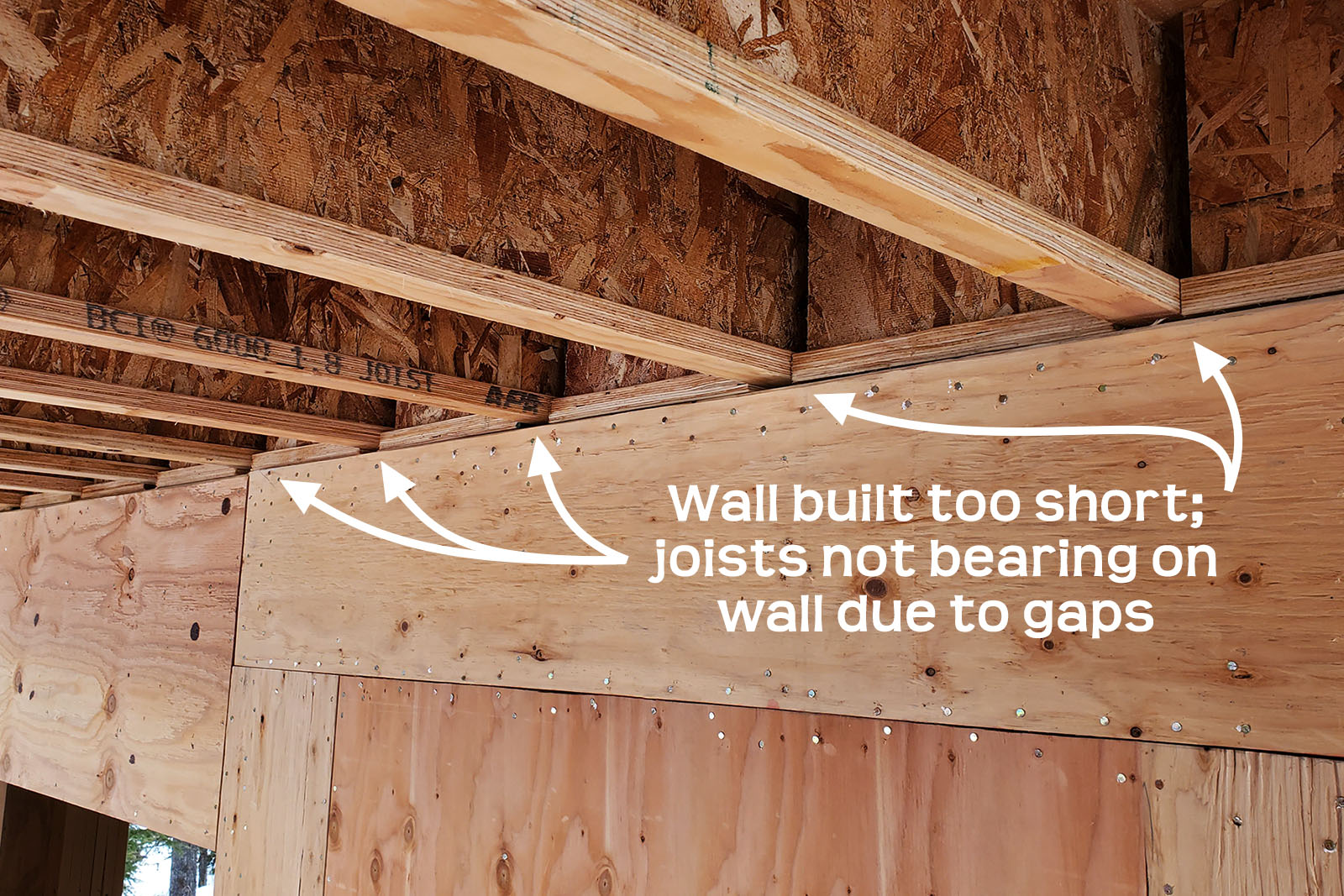 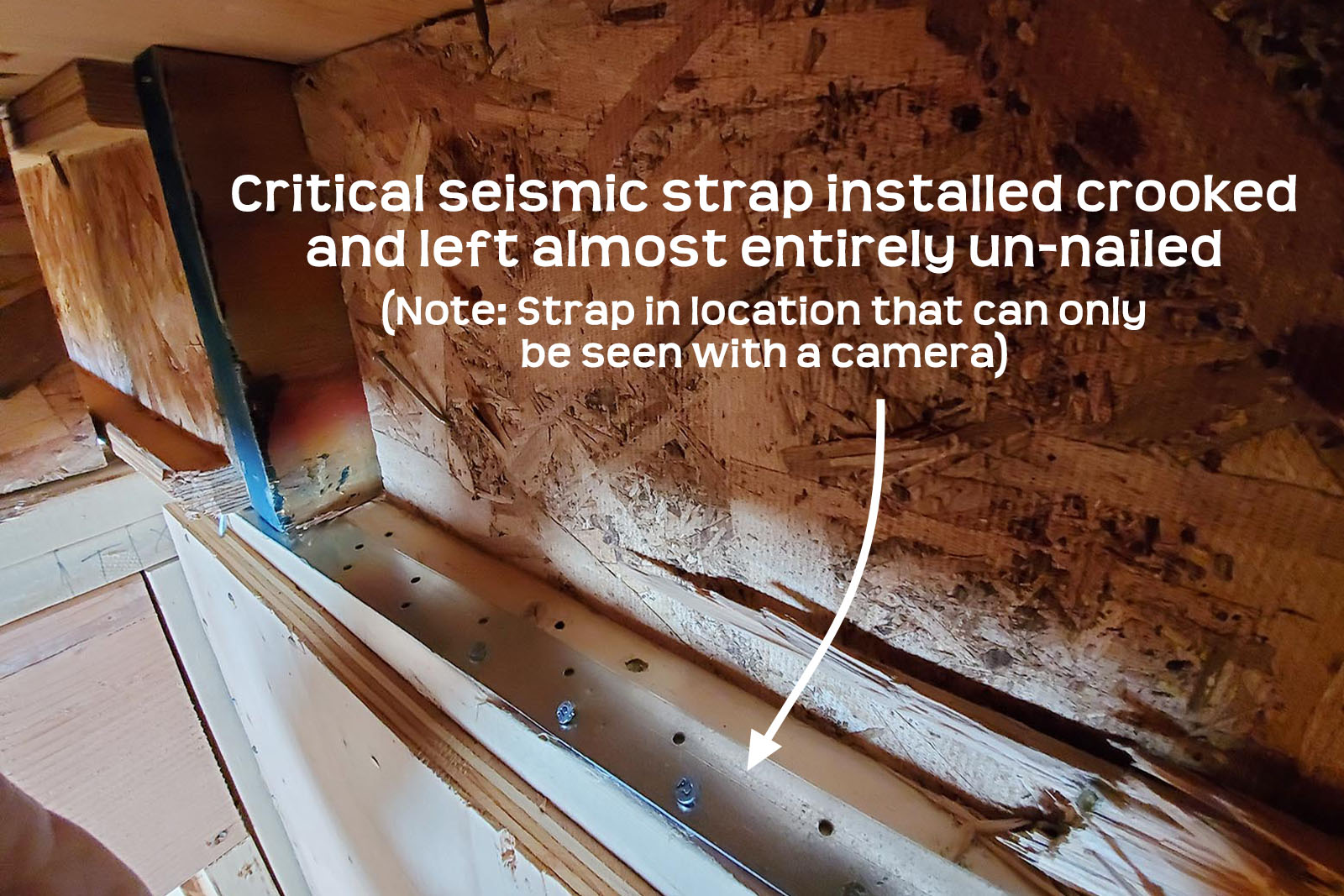 In the center of the house, a column designed to carry an 18,991 lb. load was partially built with unfilled floor joists far too weak to support the weight. The bottom of the column had inexplicably been moved more than a foot to one side, putting thin air in the load path. Crush blocks–solid pieces of wood often used to channel forces through the joists between floors–were missing, cut short and crooked, or placed in the wrong locations. Shear walls designed to resist earthquake/wind forces were built in the wrong places, built too short, and nailed with a chaotic spray of incorrect nails.

The huge glulam beams supporting the roof had been minimally nailed to split 2x4s, and the hardware to secure them had been installed backwards and incorrectly. After seeing how the framers had installed the beams, one of the professionals who reviewed my house framing just stared for a few seconds and said “wow, that is some bull—- work.” 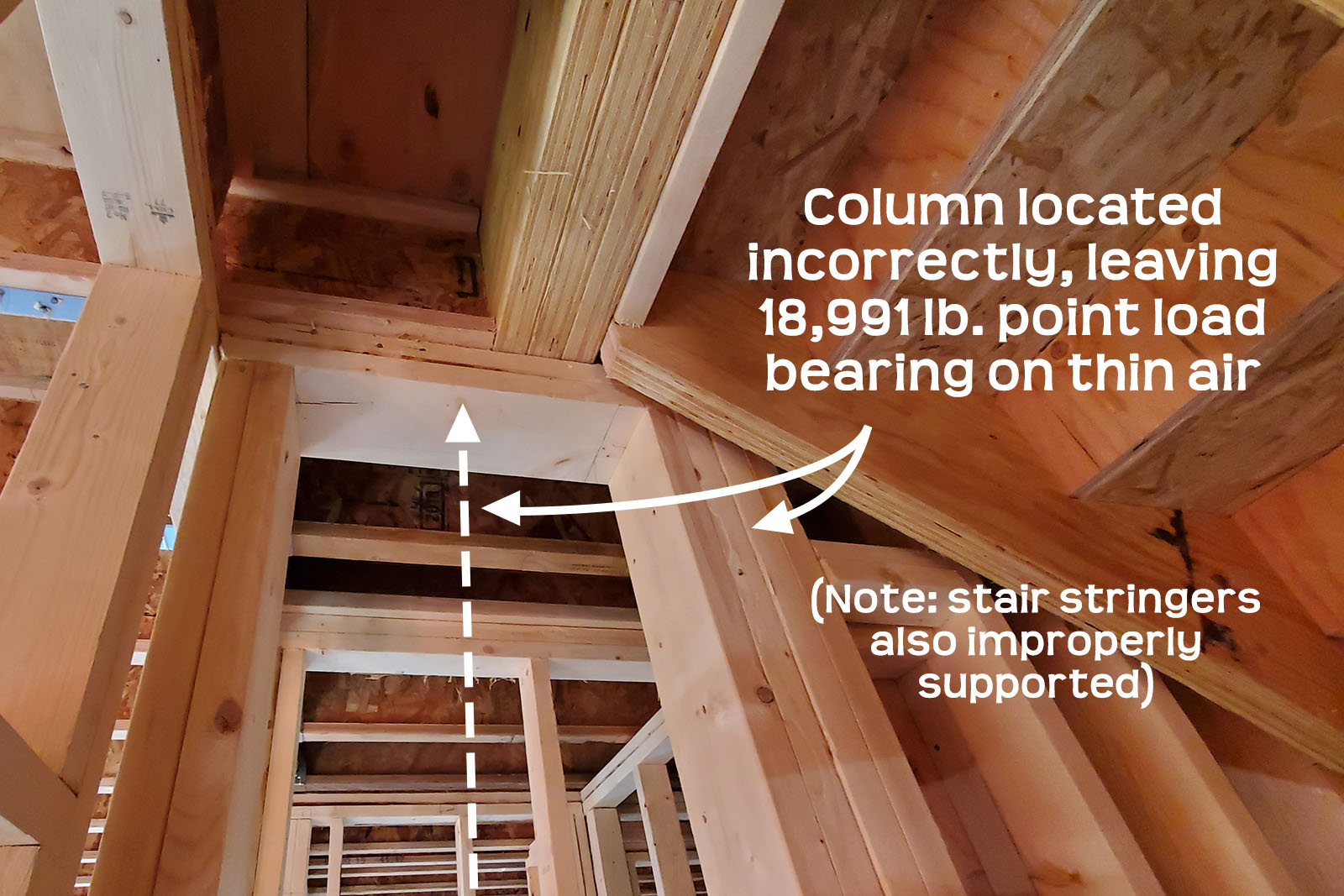 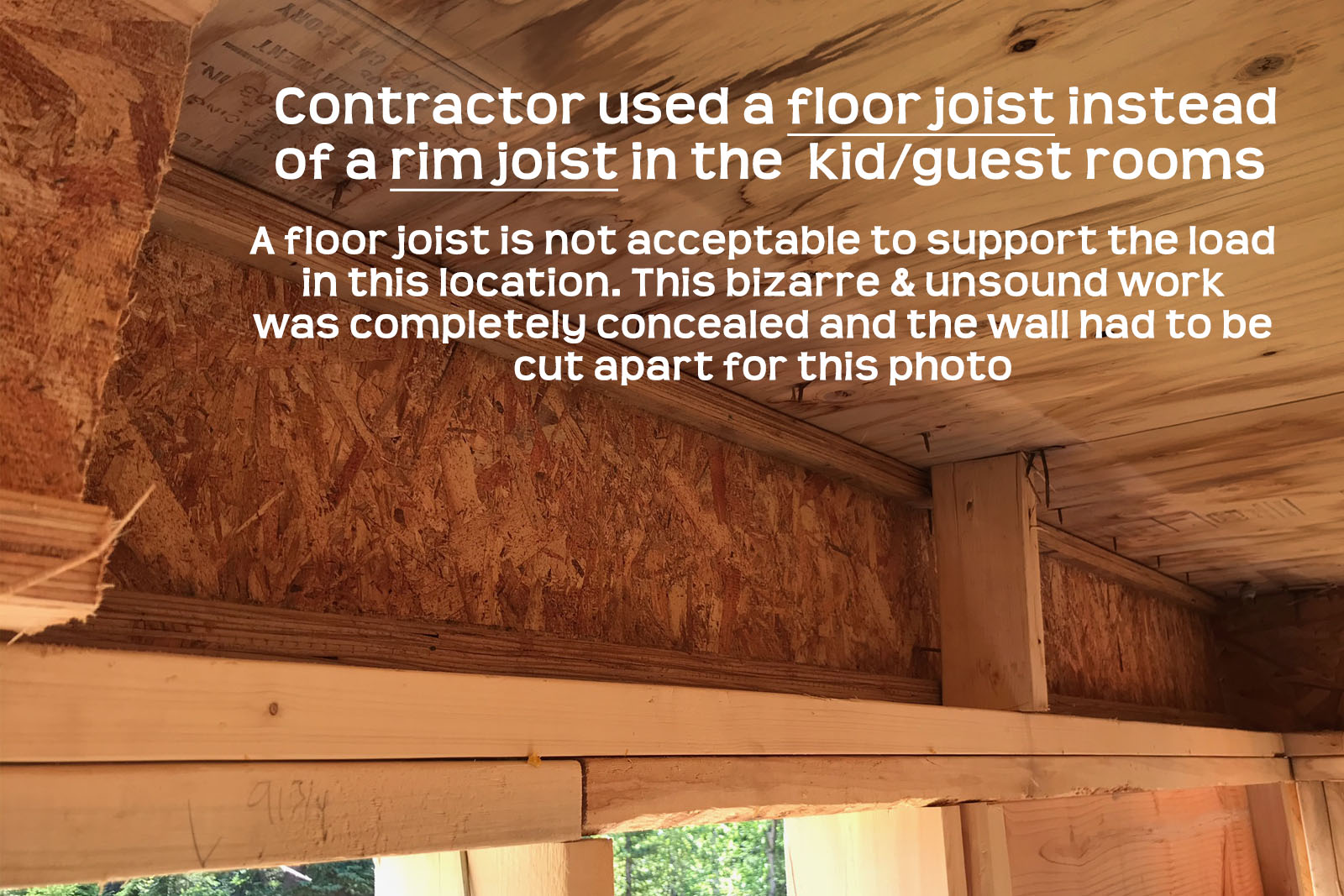 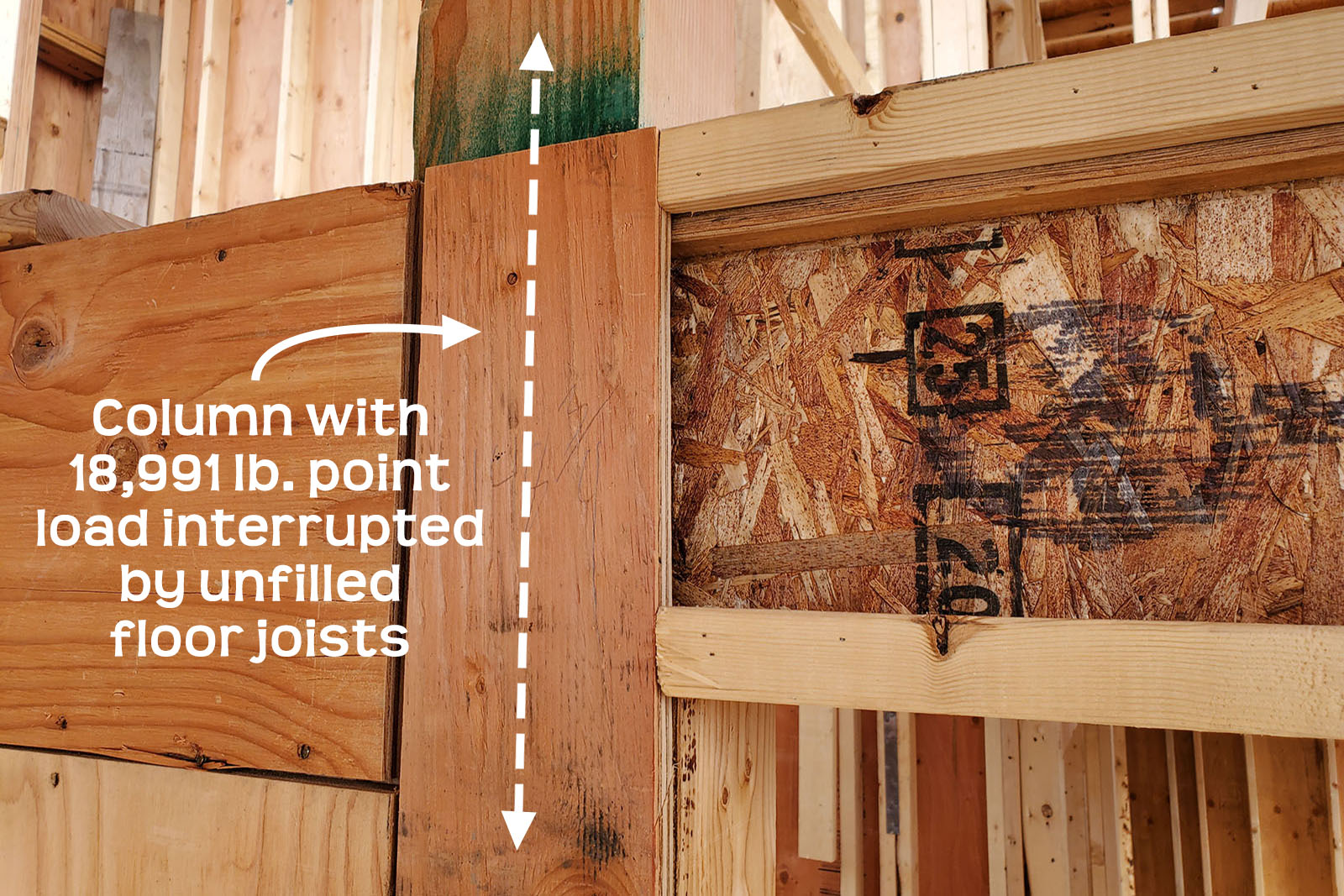 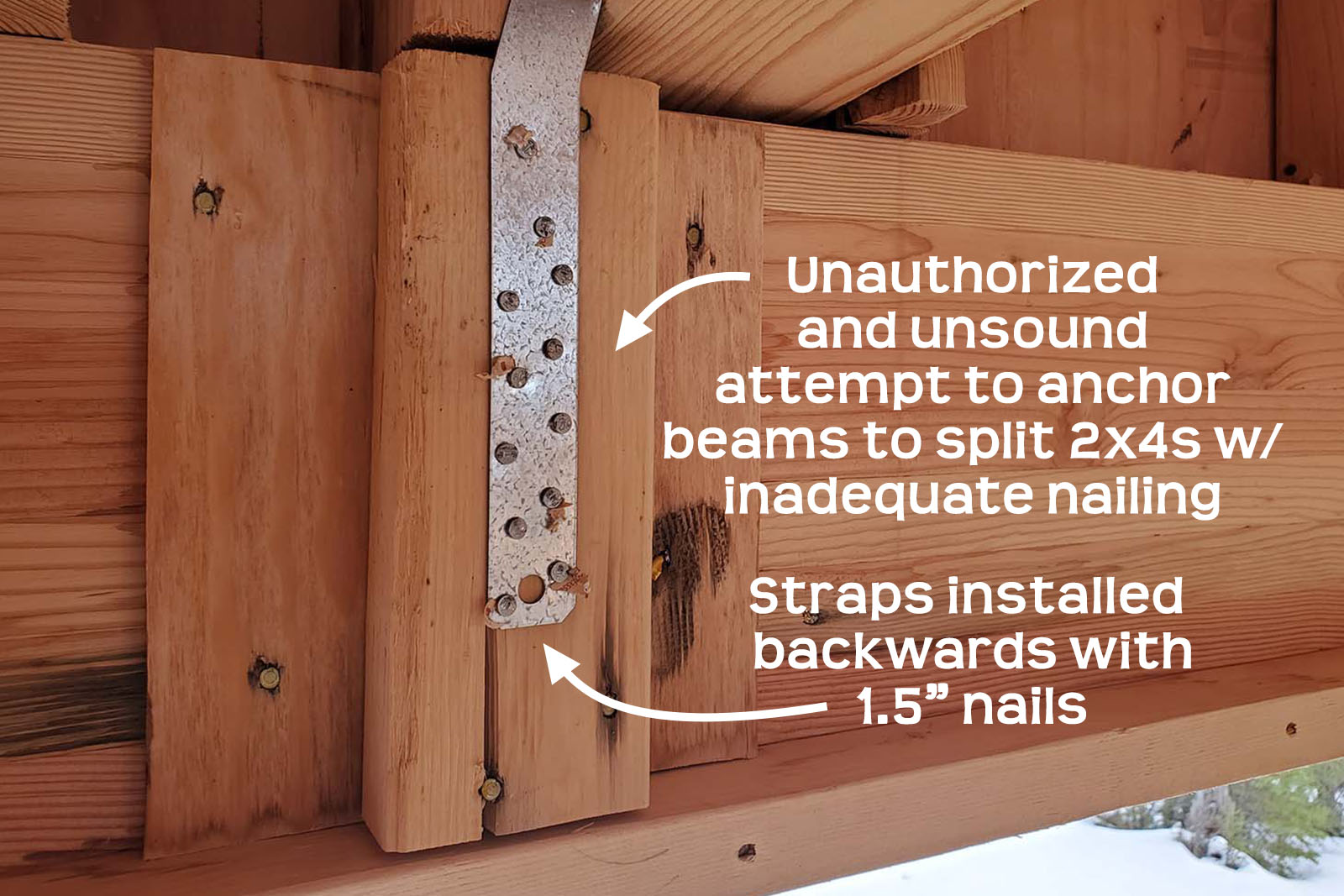 Most egregiously, a thin floor joist had been used to carry the weight of an exterior wall between the master bedroom and first-floor bedrooms, which were intended for guests or kids. Floor joists cannot be used this way, and the thought of this wall collapsing at night during a storm was sickening. 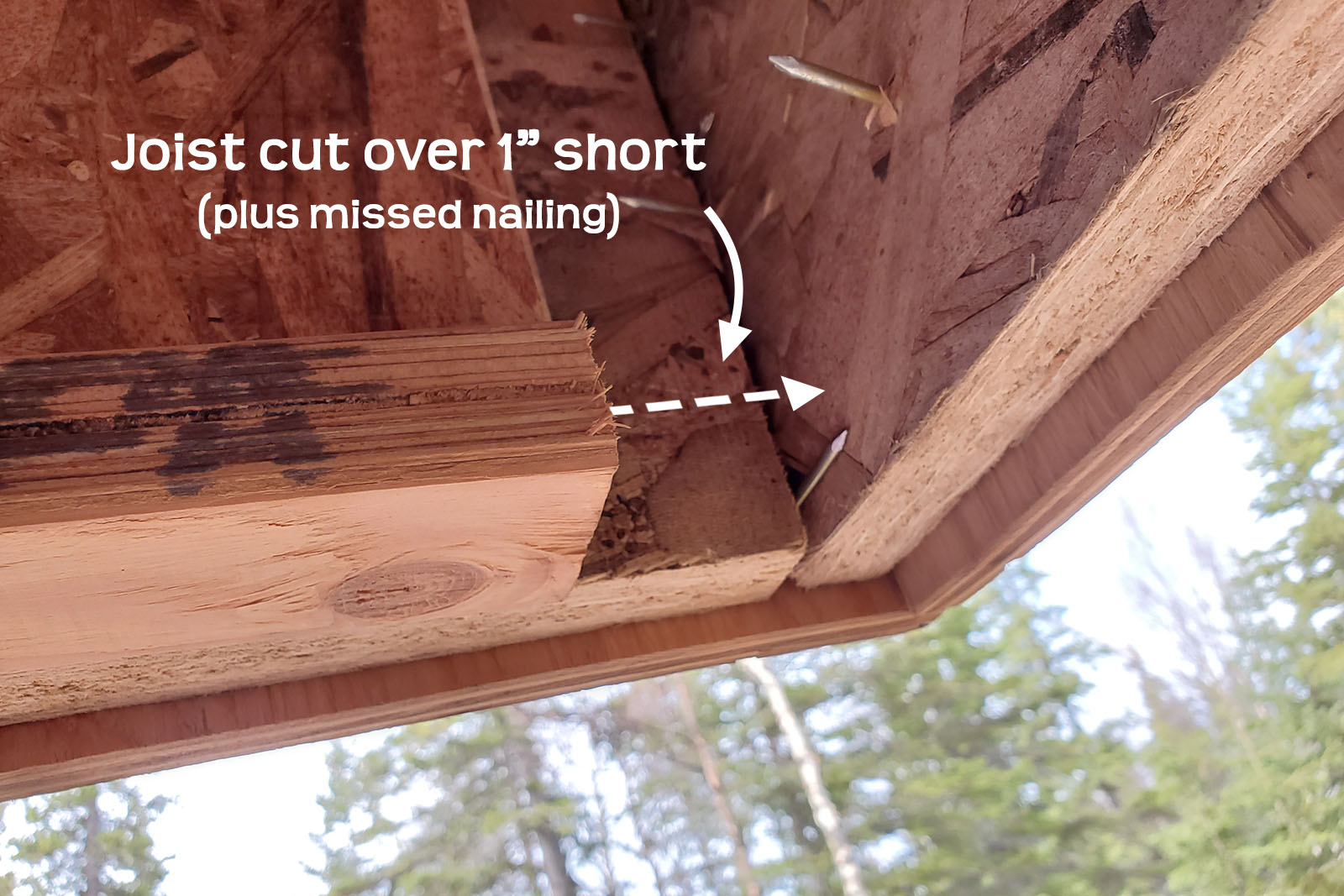 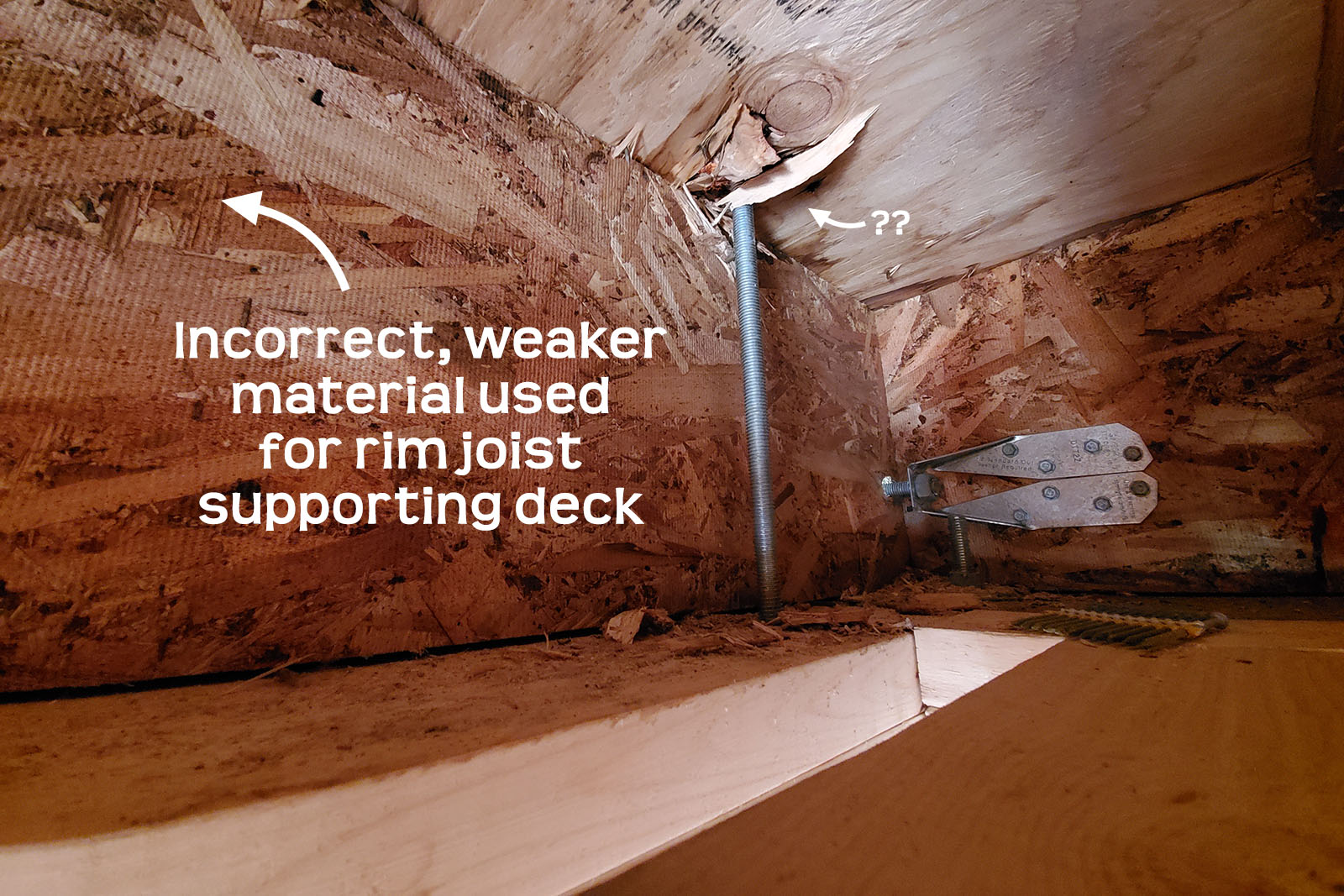 As an owner-builder, you–not some contractor–are ultimately responsible and liable for the house you build. In its current condition, the house was dangerous, could not pass inspection, and could not even be legally finished and sold. Fixing the work my framing contractor delivered would require re-engineering the structure, formal municipal change orders, and tens of thousands of dollars of labor and new materials.