Roofs can be separated into two categories: cold roofs and warm roofs. Some roof designs blur the lines between these two types, and the terms only make literal sense in northern climates, where interior spaces are heated and exterior air is “cold.” Nevertheless, the distinction is helpful to understand and the terms are almost universally used in the building community. 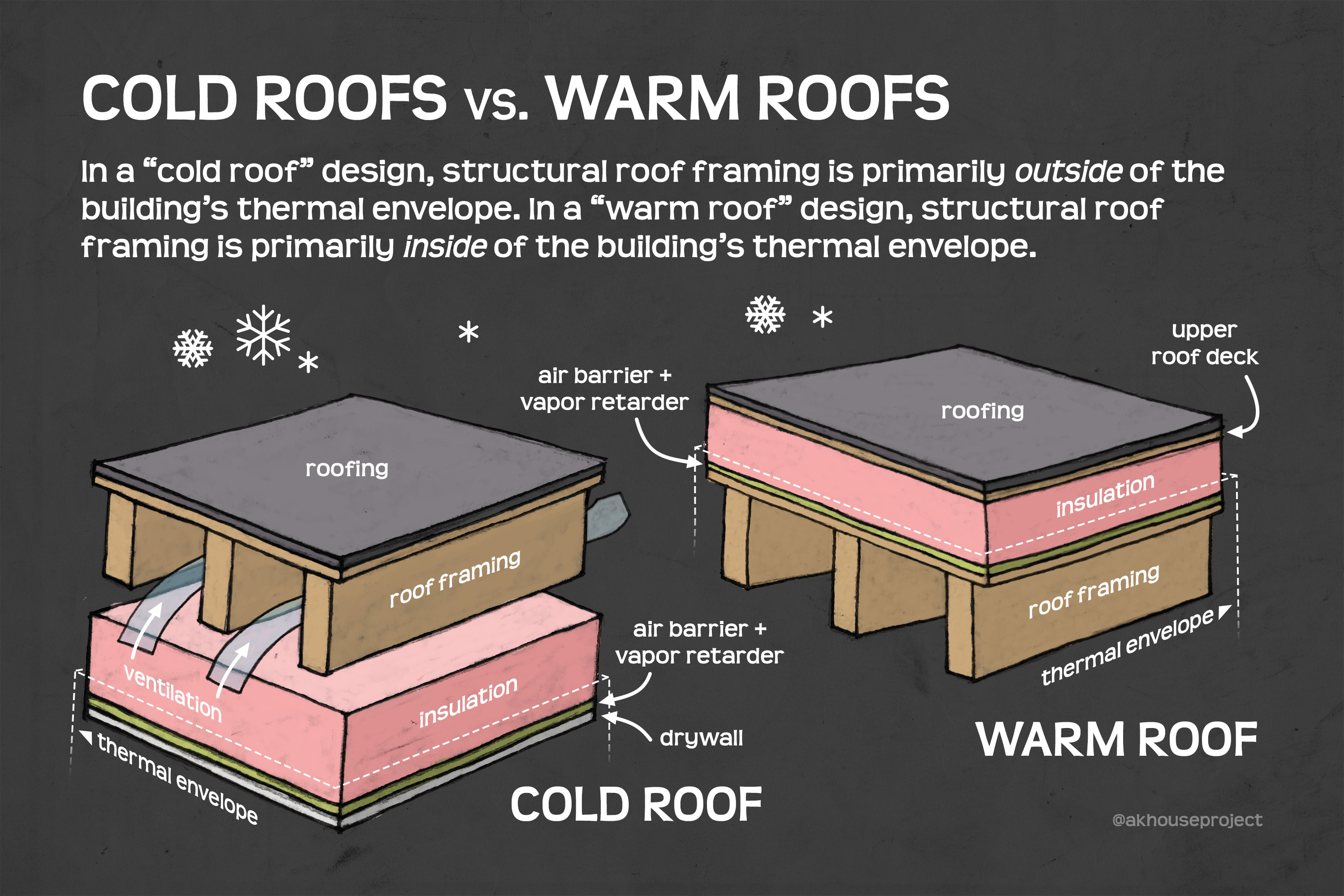 Most roofs in American buildings are “cold roofs.” In a cold roof design, interior finishing and insulation layers are separated from the structural framing by a ventilation channel that allows exterior air to circulate through the assembly. If you’ve ever climbed up into an attic that is cooler or warmer than the living space below it, you’ve been inside the “ventilation channel” of a cold roof. The beauty of a cold roof design is that it separates the roles of the different components: the structural roof framing only needs to support the roofing, and the insulation only needs to insulate. Moisture that intrudes into either layer is removed by the ventilation channel. Cold roofs are very resilient, and are the norm in both old and new construction for a reason.

So why mess with a good thing? Well, a designer might want to show off the beams holding up the roof, which requires that they be inside of the conditioned living space. And flat roofs often lack the slope for ventilation channels to work effectively. In these cases, a “warm roof” (also called a “hot roof”) might be preferred. Warm roofs place the structural framing inside the thermal envelope, and locate most or all of the insulation outside of the framing. Warm roofs can be highly efficient, because the insulation forms a continuous, unbroken layer around the building. However, the lack of ventilation means that warm roofs have to be detailed well to prevent moist interior air or exterior water from entering the assembly.