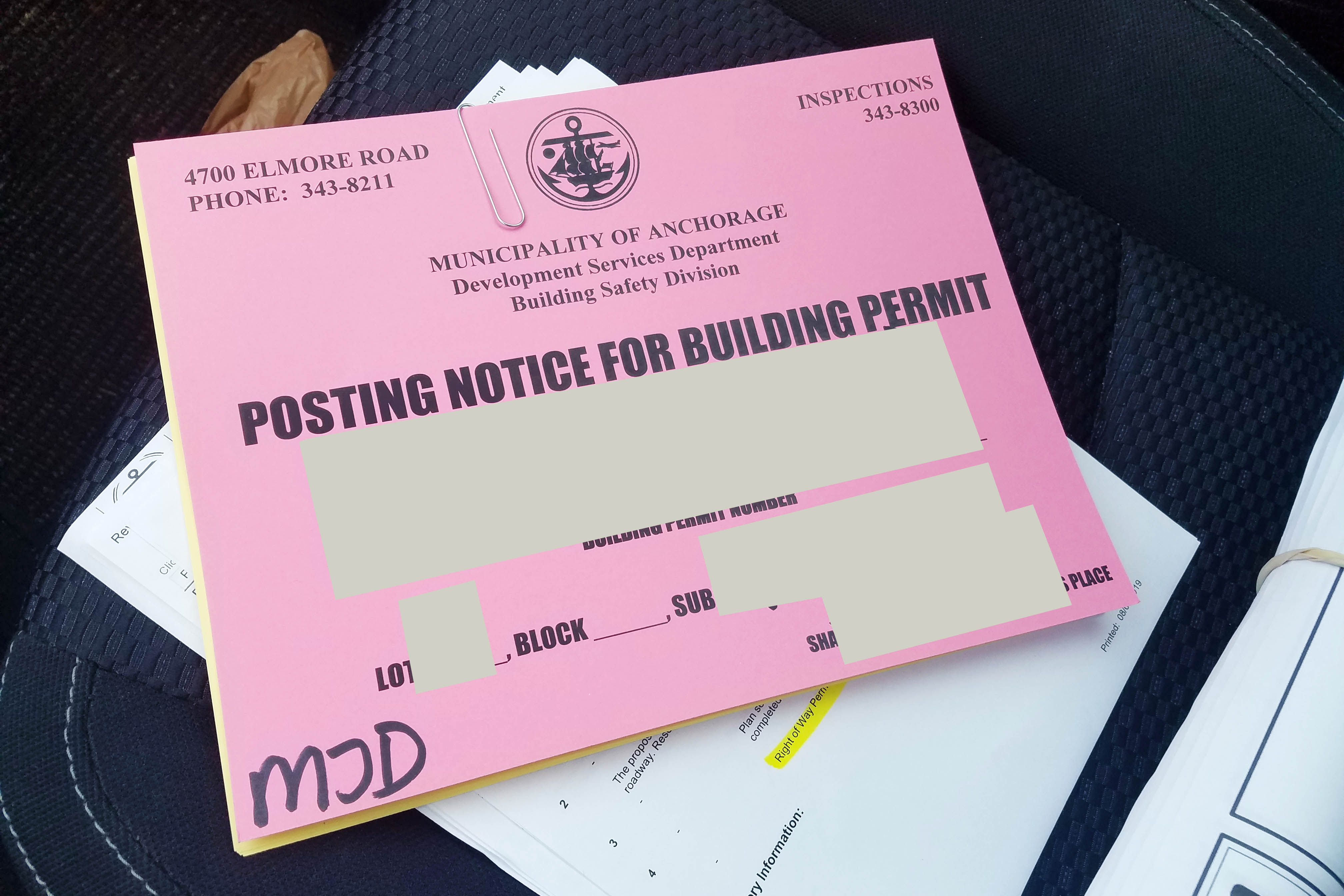 This is a Municipality of Anchorage notice for a building permit. That’s right–after over a year of planning, designing, and winding through the permitting process I finally got permission to build!

My house did pretty well through permitting. We had to hire an engineer to adjust the footings in one location, but that was pretty much it for the structure itself. The bigger hangups came from Zoning, Traffic, and Fire. My location on the Chugach foothills isn’t “remote” by any stretch but it’s in a part of the city that has developed haphazardly over the last decades. Windy homestead roads bulldozed in in the 1940s run up against the orderly grid that later city planners tried to impose, and many streets have sprouted steep, twisty, and arguably illegal driveways. Long story short, the Muni is trying to get control of this area before it gets totally out of hand.

My project kept bouncing between departments, and eventually Zoning suggested an inter-department meeting. Once everyone was in the same room, the problems were quick to resolve. In fact, I showed up to 4700 Elmore to find that the department reps had started the meeting early and had already gotten everything sorted out before I walked in. I got my permit the same day.