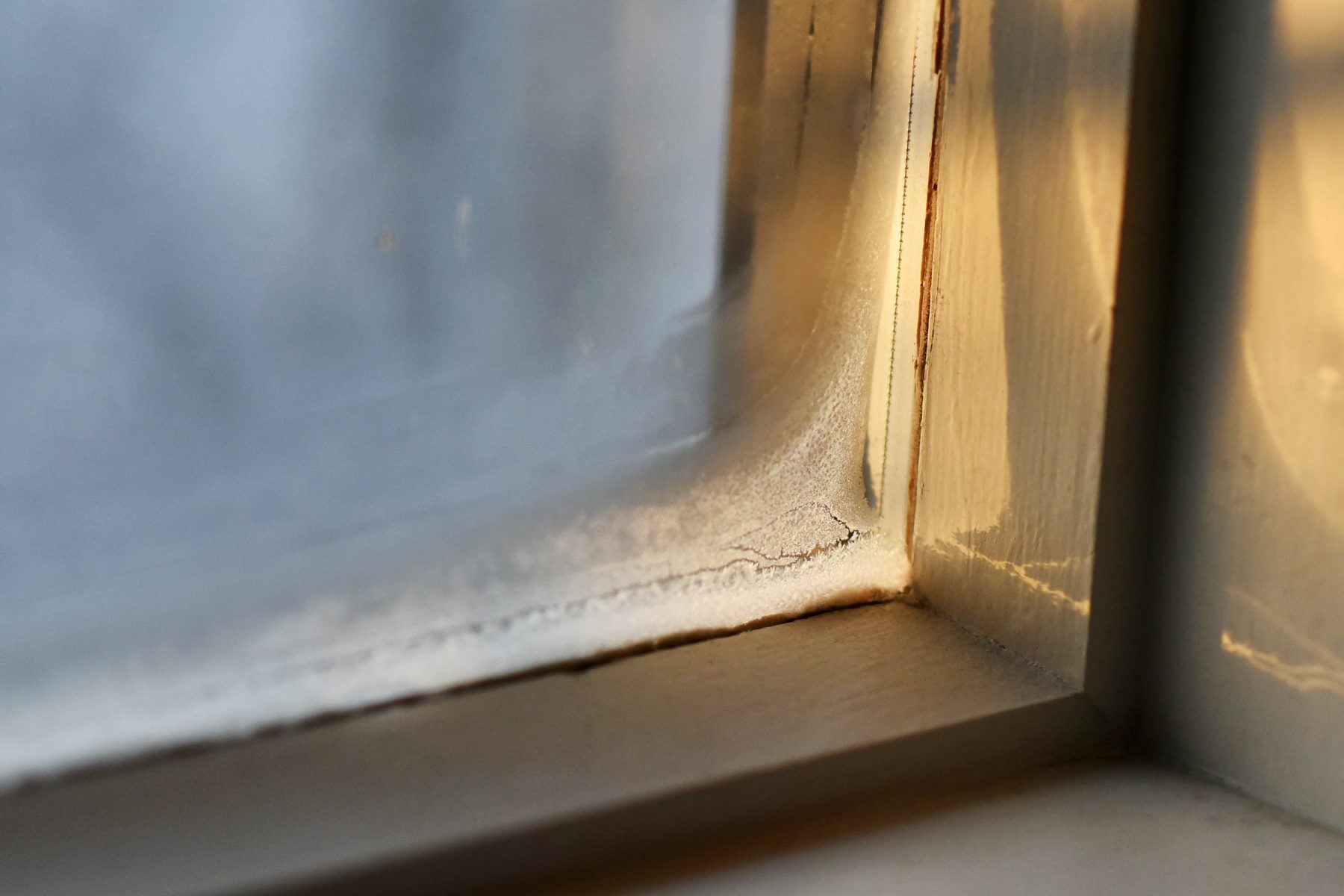 Frost and ice forming on a window in the place I’m currently renting. Yes, it’s a double-pane. And yes, that’s the inside of the window. Last week, the ice got so thick it started creeping down the windowpane onto the frame like a miniature glacier.

In this case, the frost is probably caused by inadequate window insulation values, possibly exacerbated by air leakage around the window frame. As warmer, wetter interior air cools, its ability to hold moisture drops and the moisture condenses out in the form of liquid water. Frost on windows isn’t good, but condensation inside walls can be worse: even a small air leak can transport a LOT of water, which can promote mold growth and cause serious structural damage.

Construction issues like this are common in Anchorage housing, much of which was slapped up during the oil boom in the 1970s and 80s. There’s a lot of blame to go around here. Part of the problem was bad building science: twenty years ago most builders still thought buildings should be leaky so they could “breathe.” (In fact, this myth still runs rampant.) Builders also had limited access to good materials, like quality triple-pane windows.

A more pernicious problem is that the market incentivizes builders to build as cheaply as possible and save money in the short term, even if it causes problems and far greater costs to future homeowners. Even thoughtful builders who want to build quality homes have to compete in a market affected by these incentives. A parallel problem is that the building industry lobbies intensively for lower standards in order to make new construction more profitable. In fact, many of the houses built today in Anchorage are so poorly insulated and air sealed that they would be illegal in places like Seattle, Portland, or Vancouver, BC, all of which have far more temperate climates.

Owner-building allows a future homeowner to correct these (dis)incentives. Even though owner-builders usually don’t live in their homes as long as they intend to, the fact the builder is also bearing the costs of homeownership means that there are strong incentives to build with quality in mind.